E3 is over for the year. It seems to have come and gone very quickly this year (but doesn’t everything feel like it comes and goes so fast nowadays?). But one game that was hotly anticipated going into this year’s convention that is even more anticipated coming out is CD Projekt RED’s Cyberpunk 2077. Even though the gameplay demo wasn’t open to the public, we saw a decent amount of the game, and the developer has now sent us off with two last screenshots.

There’s nothing outside the ordinary from previous screenshots, with one being in what looks like a grimy hacker’s den and the other of a burly man walking into the light. But it goes to show that the style and look of the game is pretty unrivalled. Definitely looks to be one for the ages.

Cyberpunk 2077 will release April 16th, 2020 for PlayStation 4, Xbox One, and PC. Check out the various editions you can get of the game when it does release. 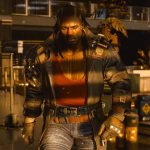 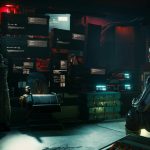