Whether Day 1 or Day 100, you won't have to worry about missing out on content.

Cyberpunk 2077 is going into the next year as one of the most anticipated games in recent memory. The game is aiming high in its ambitions, and has taken many years to polish down to the shine its accomplished. It also looks to buck the trend of the industry a bit with its lack of preorder bonuses.

A Reddit user asked about the preorder bonuses on Facebook Messenger, and the developer’s responded saying there won’t be any preorder bonuses that includes in-game content DLC, such as a bonus mission or skin or anything of that nature. They want that part of the game to be the same if you buy the game Day 1 or Day 100. You can see the exchange below.

Just to be clear, they did not rule out any preorder bonuses at all, just those that include in-game content. Physical items like keychains, steelbooks, etc. or other miscellaneous things like soundtracks and computer wallpapers will most likely still come to various retailers. The standard edition of the game actually comes with a few physical items already, which you can see here, and that you’ll be able to get your hands on it April 16th, 2020. 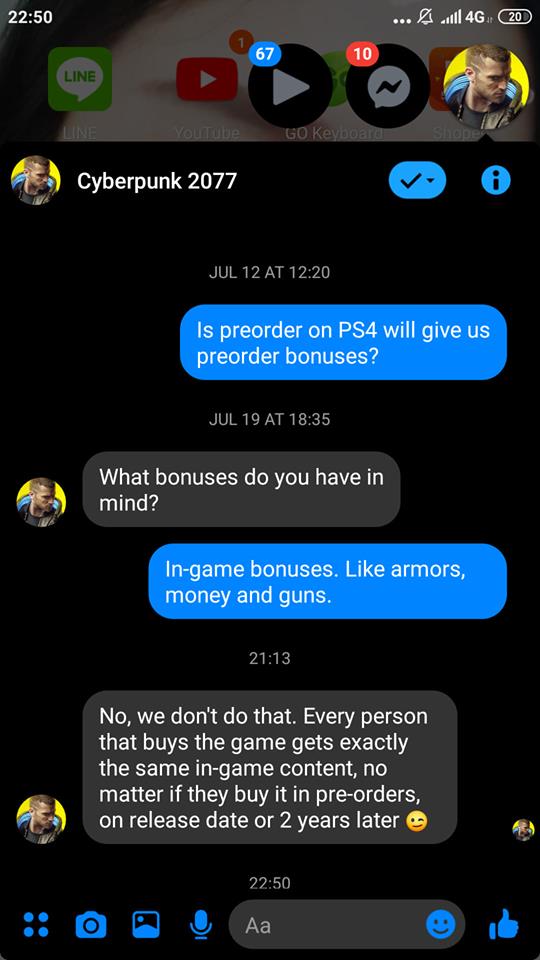