Days Gone Releasing in 2019 As Per Official PlayStation Site

Sony has yet to officially announce a delay for the zombie survival title. 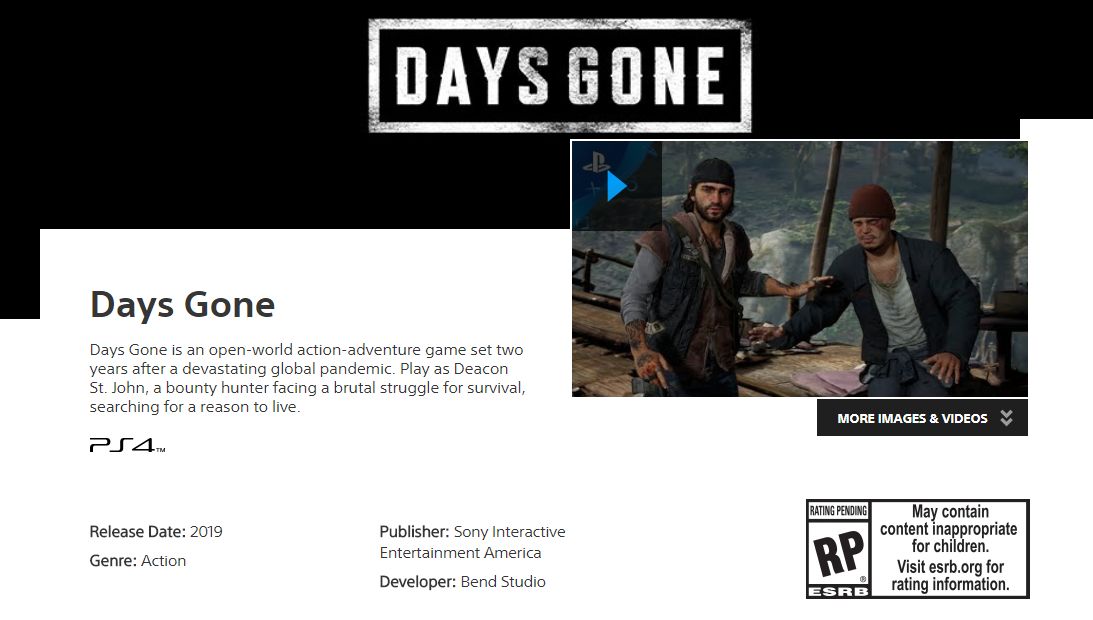 SIE Bend Studio’s Days Gone has had quite the reception – since its reveal at E3 2016, the gameplay demo has garnered over 8.5 million views on YouTube. While 2018 has been an oft-stated year for the zombie survival horror title’s release, it seems that we’ll have to wait a bit longer. According to the official PlayStation US website, Days Gone will be out in 2019.

Sony hasn’t officially confirmed the delay or any kind of concrete release date but it’s to be somewhat expected. Last we heard of Days Gone, the development team was working in relative silence to further polish the gameplay.

If the scope and scale of the game – as evidenced by the hundreds of zombies descending on the player in the gameplay demo – is anything to go by, a delay wouldn’t be the worst thing to happen to Days Gone. That being said, take this website listing with a some grain of salt – it just might be an error. Stay tuned for more information and official confirmation from Sony.