Not too long ago, the folks over at Bohemia Interactive confirmed that their popular survival title DayZ would be launching for Xbox One on Xbox Game Preview as an early access title some time in 2018, and the game’s now appeared on the Xbox Store, as spotted by a user on Reddit.

Something else that should be noted is that though the game’s appeared on the Store, a launch date, even for its Game Preview version, hasn’t yet been mentioned. In light of Bohemia’s earlier words, which we’ve mentioned already, and this new development though, that can’t be too far away. Hopefully something official is announced imminently.

As for when the game’s final, full version will be launching- there isn’t much word on that. Bohemia have, however, said earlier that the full game will be launching on both, Xbox One and PS4 simultaneously, whenever that ends up happening. Read more about there here. 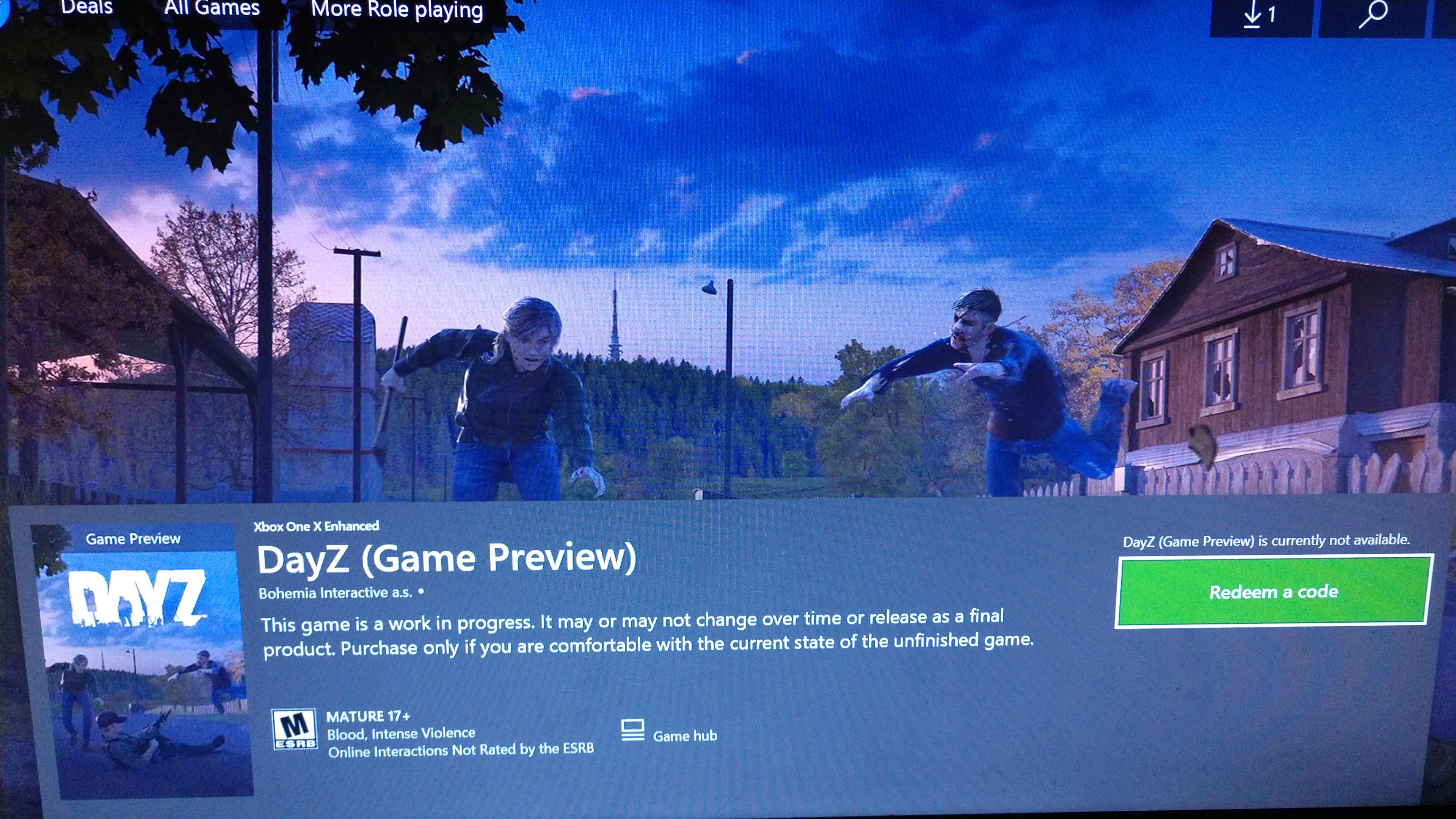