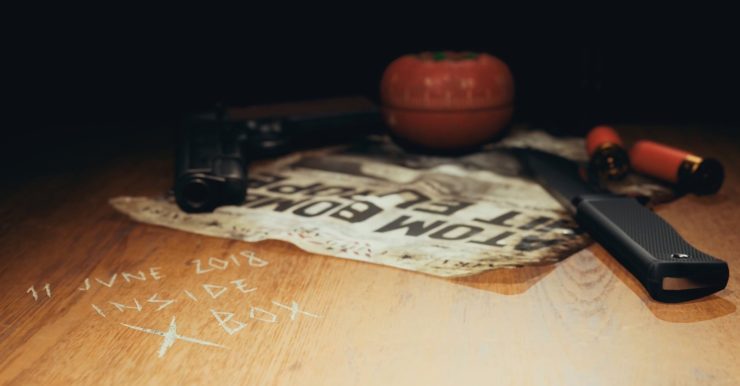 Bohemia Interactive is best known for their survival game DayZ, and their connection with Microsoft is no secret as the team is hoping to launch a port of their magnum opus on the Xbox One by this year, ahead of the PS4. But now it seems that the studio is also working on a side project set to be exclusive to Microsoft’s console.

The new teaser image was released by the studio’s Project Lead Petr Kolar, who dropped that the team has been working on an Unreal Engine 4 powered game for Microsoft’s system exclusively. Besides a very obvious “11 June 2018 Inside Xbox” scratched into the table, the image shows a knife, a pistol with rounds, and a newspaper clipping which seem to read “Atomic Bomb Hits Europe”.

While there’s really nothing else to reveal about what this new project is until June 11, at which time Gamingbolt will have the details, rest assured that DayZ is still planned to hit the PS4 – Though the developer isn’t quite sure when it will happen past just coming after the PC and Xbox versions.

Second phase is in. Time to listen to https://t.co/3y814fYgat while waiting for the announcement of a new game by @bohemiainteract (this time @Xbox One Exclusive built on @UnrealEngine). #WhatIfHumanityFalls https://t.co/kGDmtvpNu2