Venture to The Bank and take on new gold-based enemies and challenges along with unlocking three new weapons and Mutations. 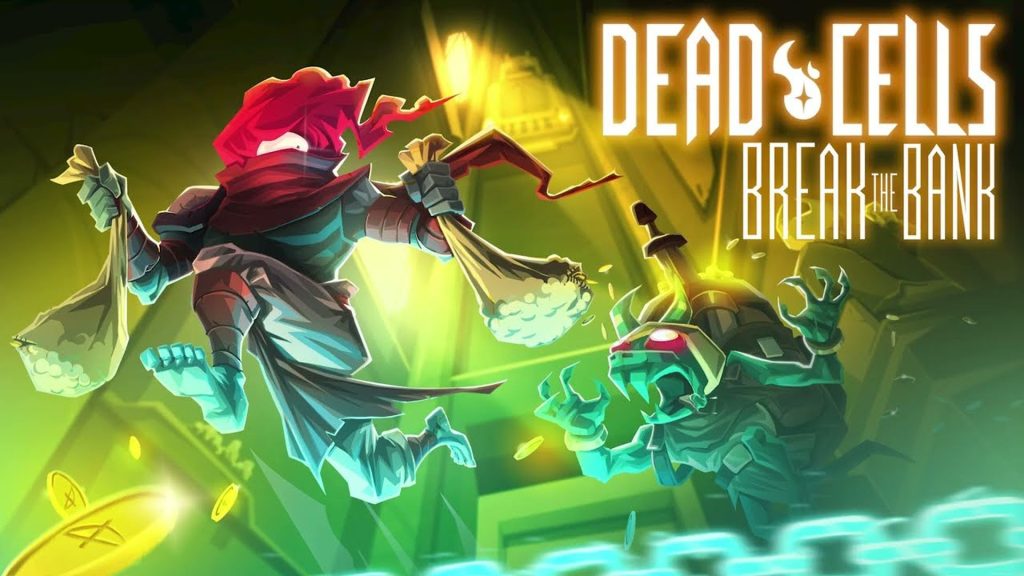 Motion Twin and Evil Empire have released the latest update for roguelite action title Dead Cells. “Break the Bank” adds a brand new biome called The Bank along with three new enemies, three new weapons and three new Mutations. Check out the gameplay trailer below to see it in action.

To unlock The Bank, one must first reach the Hand of the King. After this, The Bank will randomly spawn after the Prisoner’s Quarters starting area. You can enter it by opening a “flashy” chest in the transition areas between biomes. In terms of new enemies, there’s the Agitated Pickpocket who tries to steal your gold; the Gold Gorger who grows with the gold it’s collected (and can become extremely powerful); and the Golden Kamikaze Bat which drops a lot more gold than the regular version.

New weapons include the Gold Digger gives gold on hits (and if you’re rich, then provides crits), the Dagger of Cupidity which crits for three seconds after picking up some gold, and the Money Shooter which will use your gold as ammo. The new Mutations are Midas’ Blood (gain gold when losing health), Gold Plating (gold lost when hit instead of health) and Get Rich Quick (gain bonus gold when killing enemies with a speed boost).

For other changes and quality of life updates, check out the patch notes below.