Posted By Rashid Sayed | On 10th, Jan. 2011 Under Contests | Follow This Author @GamingBoltTweet

Check your inbox for the codes! 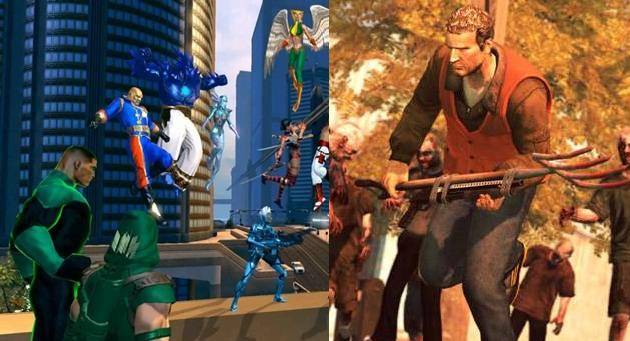 Hey hey! Wassup everyone? It’s time for another give away  here at GamingBolt.com. And this time we are giving away beta codes for DC Universe Online and XBL codes for Dead Rising 2: Case West.

We have ample codes, which means there will be more winners.  So how do you get your hands on these codes. It’s simple.

GamingBolt V2.1 is going to launch very soon with free game give aways every week, forums, groups, private messaging system, medal system, scores and much more. Just tell us why you love GamingBolt and the best comment will get  a code of either Dead Rising 2: Case West or DC Universe Online will be sent to your emails!

Contest opened to all but it ends very soon on the 13th of this month.

Thanks to SOE and Capcom for providing us with these codes.

Following on from the success of Dead Rising 2: Case Zero, Dead Rising 2: CASE WEST will extend the zombie slaying antics of Dead Rising 2 by delivering brand new content and the return of a familiar face. Intrepid photojournalist and star of the original Dead Rising, Frank West, is back from covering wars and arrives in Fortune City to investigate Phenotrans and find proof of its involvement with the zombie outbreaks.

Set immediately after the events of Dead Rising 2 and available exclusively on Xbox LIVE, Dead Rising 2: CASE WEST sees Frank team up with Chuck Greene for some serious co-op action as the pair embarks on a brand new case set in the Phenotrans Facility on the outskirts of Fortune City.

-Based on the distinctive, acclaimed artwork and designs of comic book legend Jim Lee.
-Iconic DC Comic settings and characters, from Gotham City to Arkham Asylum, Batman to Blue Beetle.
– Players can enter a persistent DC Universe and fight alongside their favorite heroes and villains to play their own adventure in the mythology of these legendary characters and locales.
-DCUO will be an online world that stays true to the DC Comics property and allows players to feel and act like super heroes or villains.
-Physics-based fighting turns vehicles, streetlights and other players into weapons, resulting in dynamic combat scenarios that are different every time.
-DCUO is being developed by Sony Online Entertainment in collaboration with top talent at DC Comics and Warner Bros. Interactive Entertainment.