Dead Rising 2 Gets Delayed By A Month

For any of you who were looking forward to the sequel to Capcom’s zombie swarming adventure, you’ll have to wait just a little longer. IGN announces that Capcom has delayed Dead Rising 2 by a month in European and US territories. The game, which was schedulded to launch on 31st August 2010, will now release on 28th September in the US, and 1st October in Europe. No reason was provided for the delay. 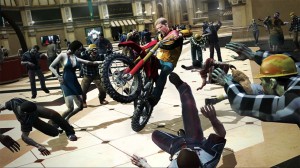 Dead Rising 2 will be available on the Xbox 360, PS3 and PC. Watch out for our review of the game.