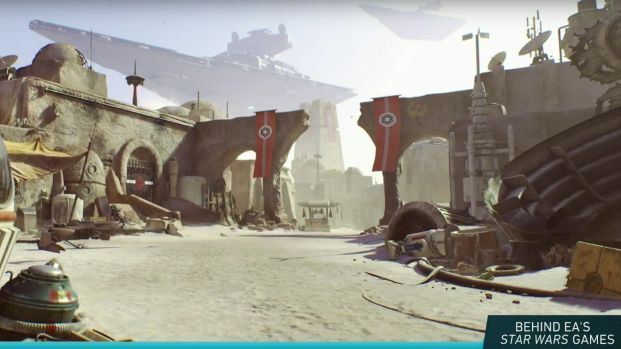 Dead Space and Battlefield: Hardline developer Visceral Games has been shut down by its parent company Electronic Arts. The studio was in the middle of developing a new Star Wars title codenamed “Ragtag” with former Uncharted director Amy Hennig at the helm.

In a public statement on the same, EA’s Patrick Söderlund said that the company would have to “pivot” the design based on feedback from players and “fundamental” changes in the marketplace.

“Our Visceral studio has been developing an action-adventure title set in the Star Wars universe. In its current form, it was shaping up to be a story-based, linear adventure game. Throughout the development process, we have been testing the game concept with players, listening to the feedback about what and how they want to play, and closely tracking fundamental shifts in the marketplace. It has become clear that to deliver an experience that players will want to come back to and enjoy for a long time to come, we needed to pivot the design.”

Visceral Games is currently “ramping down and closing” and Söderlund notes that “we’re in the midst of shifting as many of the team as possible to other projects and teams at EA.”

Also, thanks to these developments, the release date for Ragtag is pretty much up in the air now. “Lastly, while we had originally expected this game to launch late in our fiscal year 2019, we’re now looking at a new timeframe that we will announce in the future.”

In an internal email to employees that Kotaku obtained, it was revealed that development on the title has now been shifted to EA Vancouver. The studio, along with other Worldwide Studios, has been working on the project for some time now and EA executive producer Steve Anthony will lead to the team. It was also revealed that much of the assets created by Visceral would form the base for the new title.

As for Amy Hennig, an EA Spokesperson told Jason Schreier over email that, “We are in discussions with Amy about her next move.”

Whichever way you slice it though, the game that’s now in development at EA Vancouver will be fundamentally different from the vision that Visceral Games and Hennig were pushing for. It’s a sad state of affairs all around and hopefully the development team members will find other opportunities soon.