Deadpool Wiki: Everything you need to know about the game

All the information you may need about Deadpool.

Posted By Rohan Philip | On 21st, May. 2013 Under Video Game Wikis | Follow This Author @GamingBoltTweet

Deadpool is an upcoming hack and slash, 3rd person action shooter video game that was developed by High Moon Studios and is based of the extremely popular anti-hero character Deadpool, otherwise known as the Merc with a mouth, due in large part to his overly vocal personality.

The game, which was published by Activision, was released on PlayStation 3, Xbox 360 and the PC on June 25th of 2013 where it arrived to very mixed views. Some praised the games comical themes and stylings whereas others argued that the humor couldn’t redeem the games repetitive and somewhat flawed design.

In 2012 Deadpool was announced at the San Diego Comic Con and it was also announced that High Moon Studios (Transformers: War for Cybertron, Transformers: Fall of Cybertron) will take the reins of developing the game, The developers at High Moon Studios stated that the game will run on Epic Games’ Unreal Engine 3 technology. While bringing all the attributes of this character to the game the most important part was the way the writer has written the story for the game, bringing the signature Deadpool humor to the title.

Earlier this year, High Moon Studios went through some bumps as publisher Activision laid off staff. Activision later stated in an interview that, “Activision Publishing consistently works to align its costs with its revenues – this is an ongoing process. With the completion of development on Deadpool, we are taking a reduction in staff at High Moon Studios to better align our development talent against our slate. Approximately, 40 full-time employees will be impacted globally. We are offering those employees who are impacted outplacement counseling services.” [reference]

Despite layoffs the development of the game is still ongoing and the release date seems on track for now. 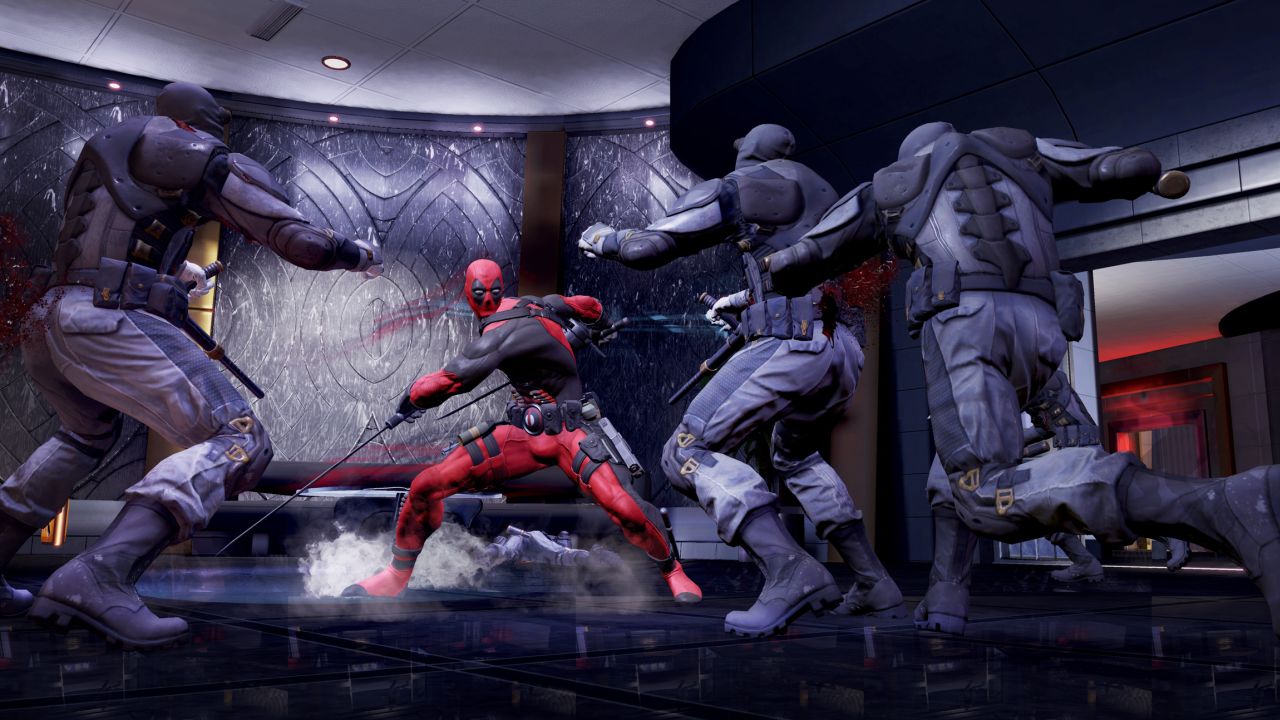 The story goes with Deadpool accepting an assassination contract, with his target being a corrupt media mogul who produces dangerous programs like Jump the Shark, in which celebrities must literally jump over a tank  containing a ravenous great white shark. The plot will also involves Mister Sinister who is looking desperately for a former mutant haven called Genosha in order to utilize a DNA strand which will help in building his armies.

The game play in Deadpool is reminiscent of a third person action adventure title, in which players can hack and slash enemies using melee attacks with Deadpool’s katanas or utilize dual guns for long range attacks. Other weapons that can be utilized include machine guns, rocket launchers, sledge hammers and more. There is also a stealth mode where Deadpool can take out his opponents quietly and also teleport from Point A to B by using a special device. Similar to Wolverine Origins video game, you can literally see Deadpool’s wounds heal in real time. 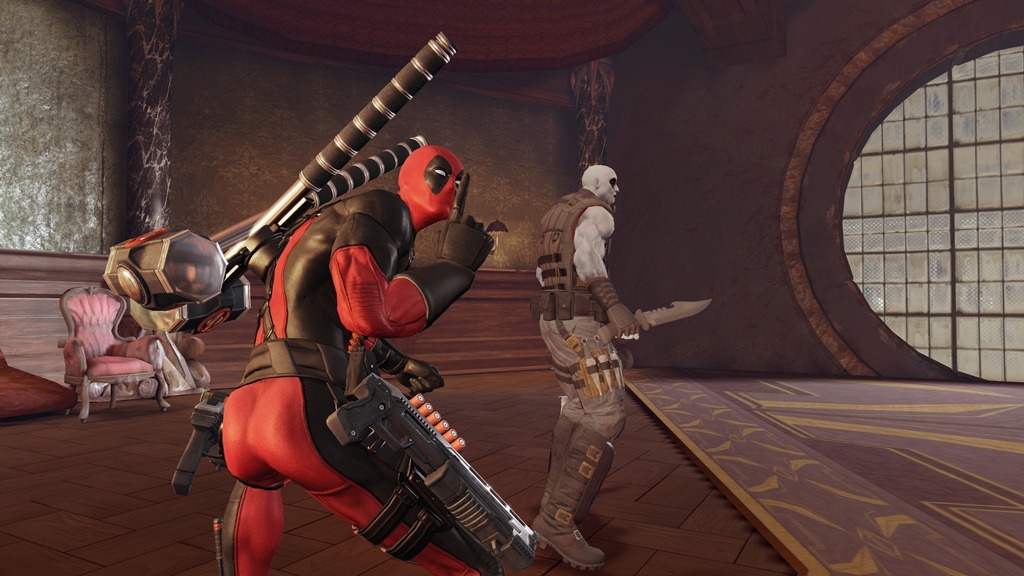 Each weapon can be upgraded. In keeping with the tradition of extreme violence some attacks result in dismemberment or decapitations as body parts and bloodstains can be seen on the ground. Deadpool’s limbs can also be cut off, which gives the player an option of waiting for them to grow back or reattaching them immediately.

A roster of guest stars will make an appearance in the game which includes Cable, Wolverine, Death, Mister Sinister and Psylocke. Other characters include mutants from Minister Sinister’s Marauders include Arclight, Vertigo and Blockbuster. [reference]

For those who pre-order the game, they will receive the “Merc with a Map Pack” DLC that adds two new maps – the GRT Plaza and Inside the Tower – for the game’s Challenge mode, along with two costume additions – the D-Pooly and Uncanny X-Force outfits – which can be used in the unlockable Infinite mode. In addition there will also be an exclusive digital wallpaper available. [reference]