Areas with Timefall are a decent source but you’ll want to hunt BTs for the real crystal hauls. 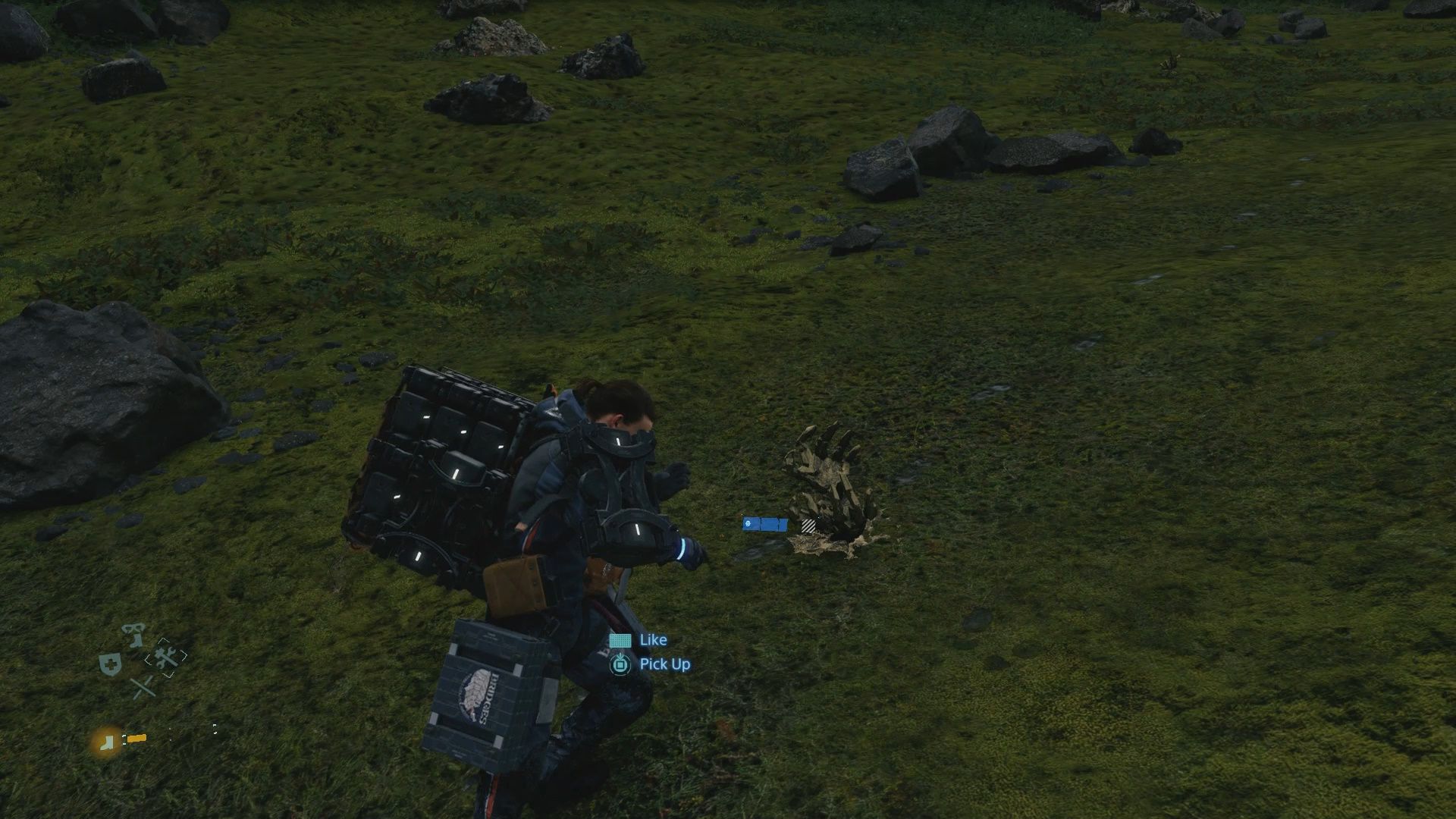 Chiral Crystals are pretty important in Death Stranding. They’re used for crafting especially when creating highways, floating carriers and other structures. You’ll be told that crystals are in areas with floating rocks or where it’s currently raining. Areas which have previously seen rain will also have crystals. They’re rock formations that resemble hands so activate your scanner with R1 to quickly locate them.

Crystals are mostly garnered from BTs though. You’ll find BTs just wandering and floating around in areas with Timefall (the device on your left shoulder will react when they’re nearby). Killing BTs isn’t possible in the early going but once you gain Hematic Grenades and the Anti-BT Handgun for firing Blood Bullets, you’ll be able to take them down for crystals.

If you want the largest haul of crystals though, you’ll want to get caught by the regular BTs. This will initiate a boss fight against a large BT. Make sure you at least have Hematic Grenades equipped and keep chugging them at the beast. Another way to easily dispose of a boss BT is to cover a part of it with a Hematic Grenade and then shoot that area with Blood Bullets. This increases the damage dealt. Defeating the boss BT will net you some Chiral Cyrstals, including from your BB (your bond is also strengthened in the process).

In summary, when gathering crystals in the early-going, avoid confrontation with the BTs and simply gather them from areas with Timefall (or where its recently rained). When you get enough Hematic Grenades, you can start farming large BTs and then graduate to using them along with Anti-BT Handguns for speeding up the boss farming process.