These details come from a very unlikely source. 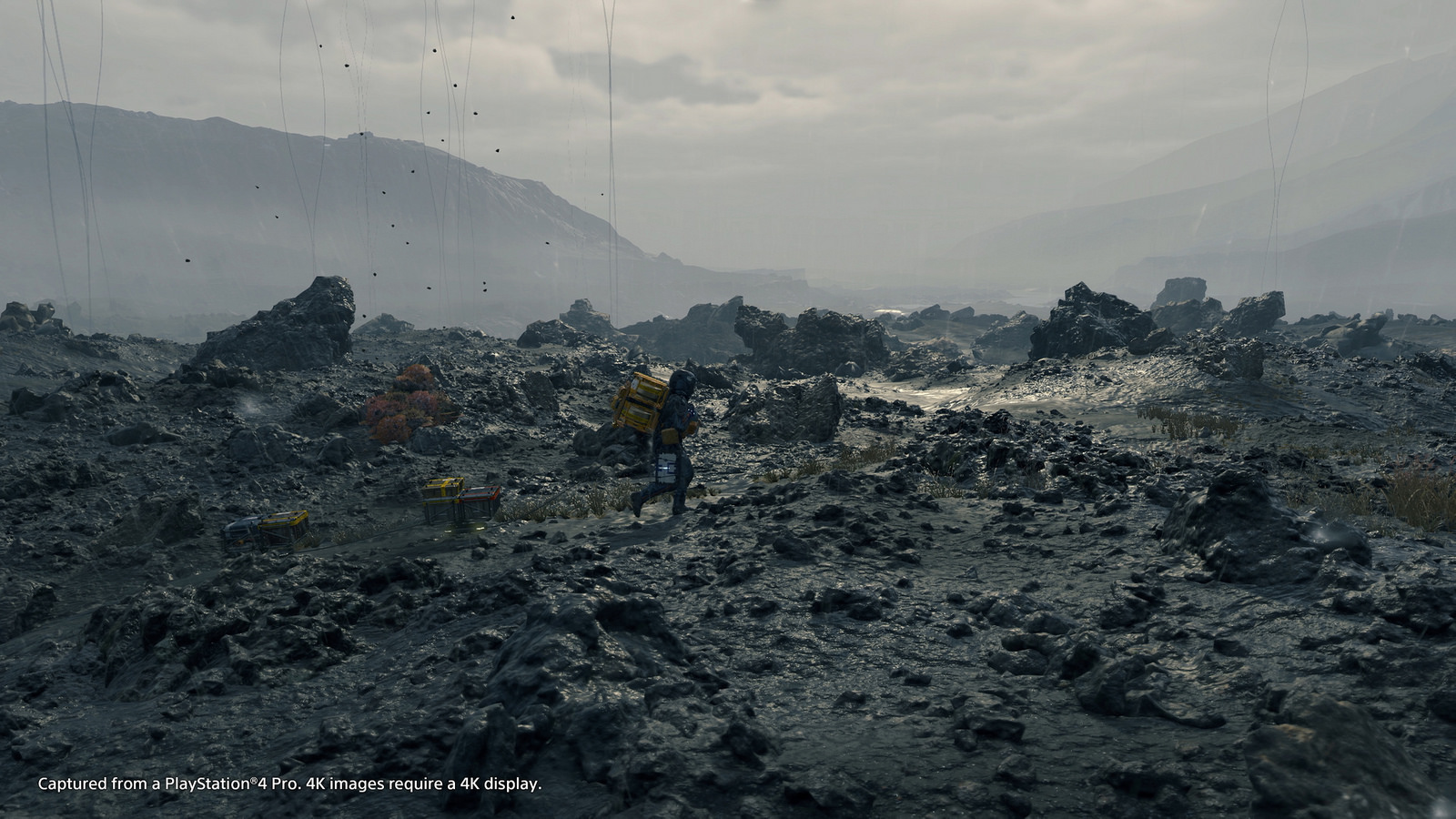 Death Stranding had a major, weighty presence at this year’s Sony E3 press event, being on of four upcoming first party titles that they focused on for their show this year. And though we got to see a good eight or nine minutes of the game, in true Hideo Kojima fashion, we sadly still didn’t find out much about what the game is and is going to be about. That said, from the YouTube description of the E3 showing on the official PlayStation channel, of all places, come what are possibly new details hinting at the game’s basic narrative setup.

“From legendary game creator Hideo Kojima comes an all new, genre defining experience for the PlayStation 4,” the description reads. “Besieged by death’s tide at every turn, Sam Bridges must brave a world utterly transformed by the Death Stranding. Carrying the stranded remnants of the future in his hands, Sam embarks on a journey to reunite the shattered world one step at a time. What is the mystery of the Death Stranding? What will Sam discover on the road ahead? A genre defining gameplay experience holds these answers and more.”

There’s a couple of very interesting things in there. For starters, this seems to be cementing the one fact we’ve known about the game for some time now, which is that something (seemingly, the entire world itself) seems to be stranded in a limbo between life and death, and Sam is the only person who has the power or ability to change that. It also seems to refer directly to “the Death Stranding”, which is likely the name of the phenomena that is causing this entire mess.

What’s also interesting to note is that it calls the game a “genre defining experience” on two occasions- setting a high bar for expectations indeed. Of course, all that still doesn’t tell us much, but it should help us connect the dots- at least until such time Kojima decides to show his hand and we realize that everything we thought we knew about the game was completely false and it is something else entirely. Can’t wait for that day.