KojiPro’s title could be running on Sony first party tech. 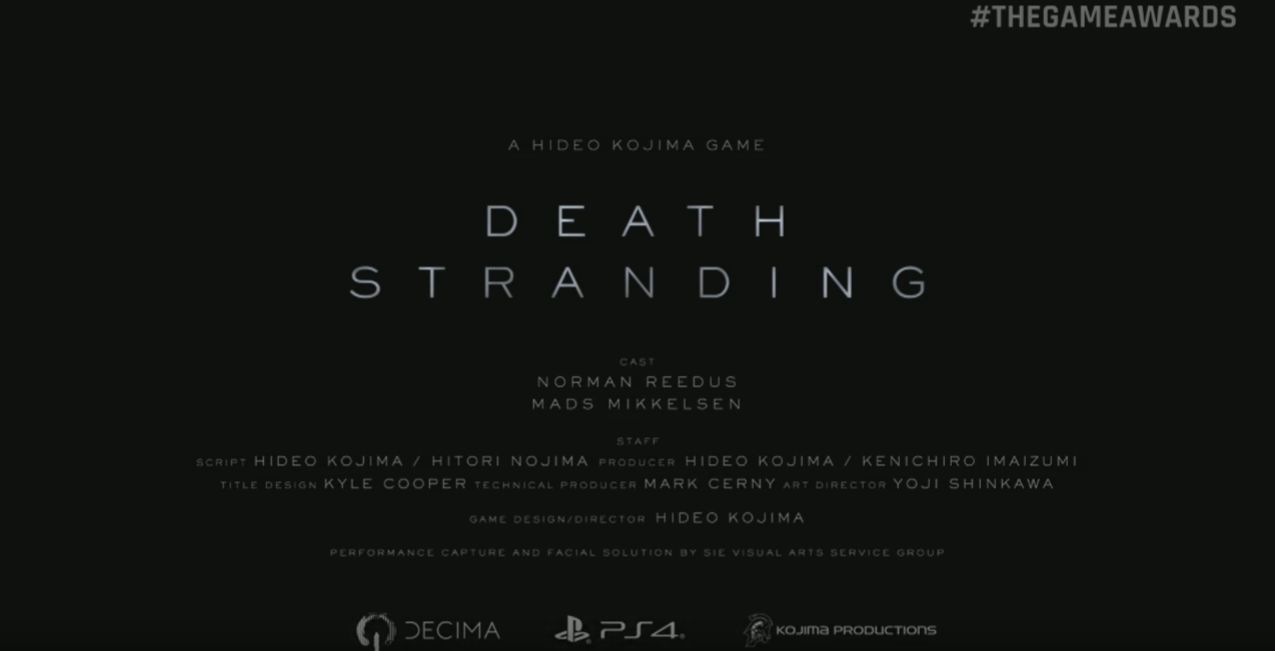 Kojima Productions’ Death Stranding came out last night at The Game Awards in grand fashion and wouldn’t you know it but Mads Mikkelsen (of Hannibal fame) made an appearance. However, this new trailer also offered a look at what could be the engine powering the experience.

If you examine the trailer at 4:10 and check the lower left portion, you’ll see the word “Decima”. Normally this wouldn’t be enough evidence on its own but Kojima does have a habit of including the engine name for his games in trailers.

What seems to be more conclusive is the fact that in-house engine is based off of Guerrilla Games’ engine. At least, as per a comment by industry insider shinobi602 on NeoGAF.

Of course, the feeling is that this may not be the case and shinobi602 isn’t too happy about it. Whatever the case may be, the general consensus is that this is technology inherent to Sony Interactive Entertainment’s first party studios.

What are your thoughts on the possible technology governing Death Stranding, which is in development for PS4 and PC? Let us know below.