Arkane Lyon also highlights some of the benefits for Colt players to actually challenge Julianna, along with slightly teasing her motivations. 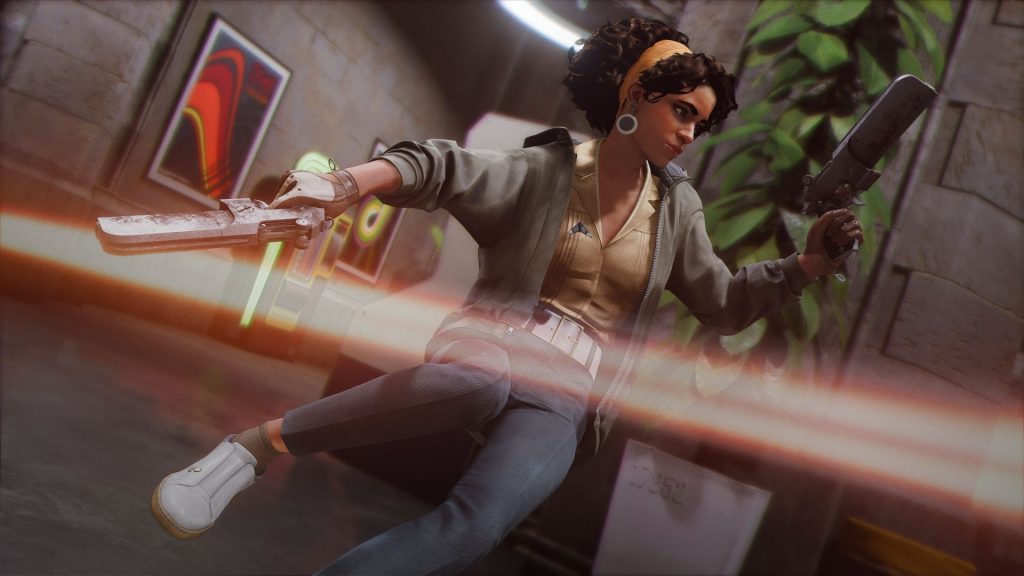 During QuakeCon 2021, Arkane Lyon offered some more details on Deathloop, its upcoming not-a-roguelite FPS adventure. Game director Dinga Bakaba and narrative designer Bennett Smith turned the focus to Julianna in the recent Deep Dive, discussing her gameplay loop and motivations. Check it out below.

Before playing, players can choose to either “Break the Loop” or “Protect the Loop.” Choosing the latter allows for playing as Julianna and you can customize her load-out and abilities before deciding to invade another player’s game. Unlike Colt, she only has one life, encouraging you to use their knowledge of the map, NPC placements and so on to one-up the other player.

Though you don’t have to fight Julianna as Colt, there are plenty of reasons to take her on. Along with dropping Residium, she also drops a weapon that’s the highest quality tier, a power (which is usually only obtained from the Visionaries) or a power upgrade. You may even obtain some nice Trinkets for upgrading weapons or obtaining new perks.

Story-wise, Julianna is the only other person on Blackreef aside from Colt who retains her memories. She’ll often provide some answers to queries but is most interested in Colt being strong enough to challenge her. Unlike the Visionaries, being young forever or immortal isn’t her main goal. What she’s actually after remains to be seen.

Deathloop is out on September 14th for PS5 and PC. For more details, head here.