Learn more about the various mechanics and systems that define the stealth shooter. 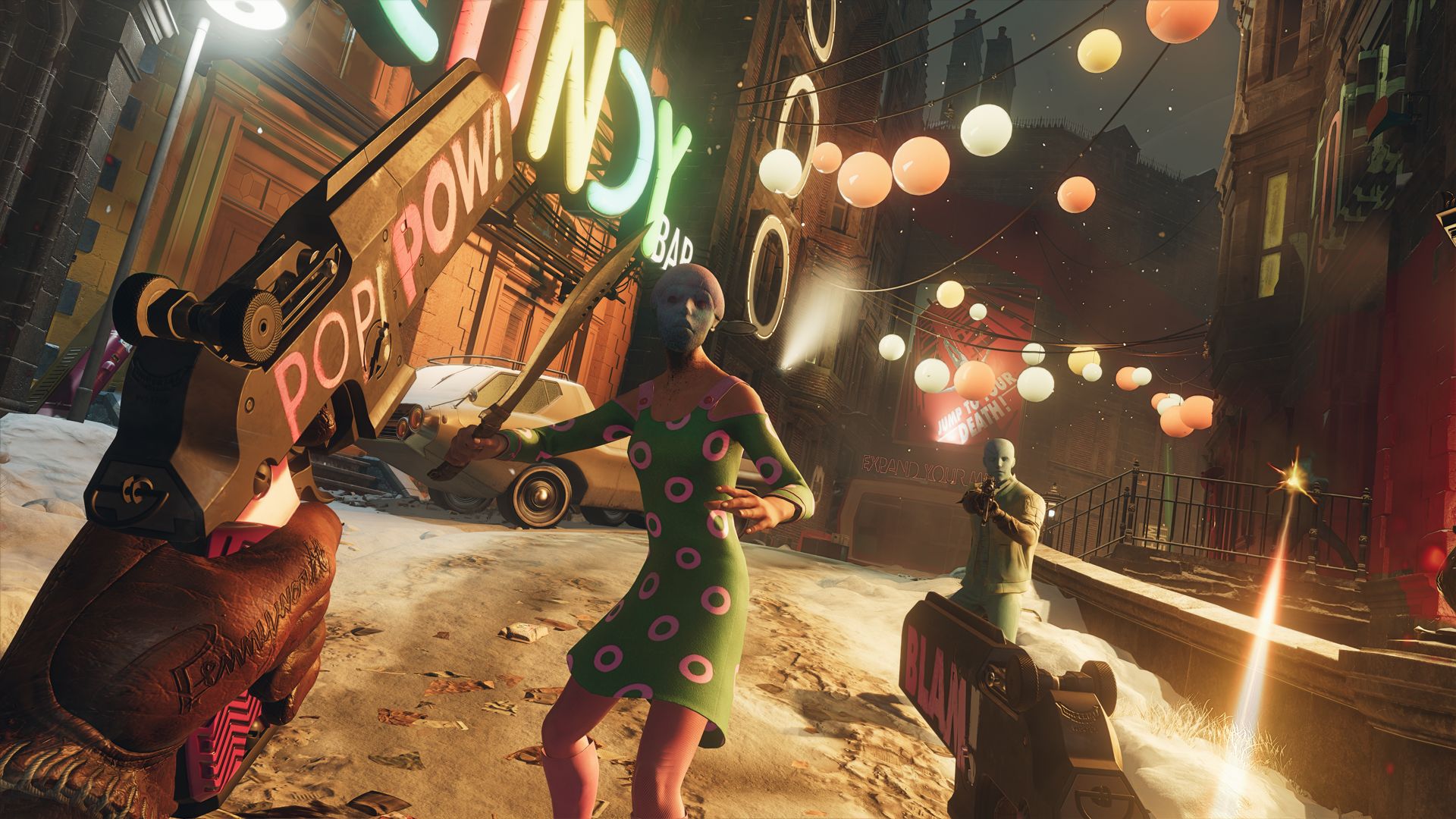 Arkane Studios’ Deathloop is still a few months off but various previews have begun dropping for the supernatural stealth shooter. On the PlayStation Blog, creative director Dinga Bakaba shared some new details on what sets the game apart from the typical rogue-lite. Yes, you can carry over “certain things” between loops but death isn’t the immediate end.

Instead, you get Reprises which provide three chances in each loop to continue. You’ll need to locate your corpse to recover any items though. And though the story isn’t occurring in real-time, there are four time periods which change the activities, stories, routes and so on for each district. These also change where your targets could be. Switching between time periods can be done from the quick menu but there are certain “repercussions” that could happen. One positive example includes saving a character at an earlier time period who will unlock a door later and provide access to a new area.

Along with stealth and eavesdropping on targets to learn key information (like finding a masked target among a sea of masked individuals), there are Slabs which provide unique abilities, Trinkets that bestow upgrades and a tool for hacking turrets. Some key abilities include Kinesis for tossing enemies into the air or against walls but you’ll need to choose carefully. Colt can only carry three weapons and two powers (each being able to have two upgrades).

Being a PS5 exclusive for one year after launch, Deathloop will take advantage of the DualSense. When your gun jams, the adaptive trigger is locked to convey the same. “But when you’re out of ammo, the trigger effect will disappear. Even before your brain registers it, the animation, the click-click sound, you’ll know you’re out,” says Bakaba. Each weapon will have a “slightly different feel” to it.

Deathloop is out on September 14th for PC and PS5. Stay tuned for more details in the meantime.