Demon’s Souls Director Discusses the Possibility of A Remaster

"If it was a studio that really loved the original work and really put their heart and soul into realizing it again, then that’s something I would enjoy," says Hidetaka Miyazaki. 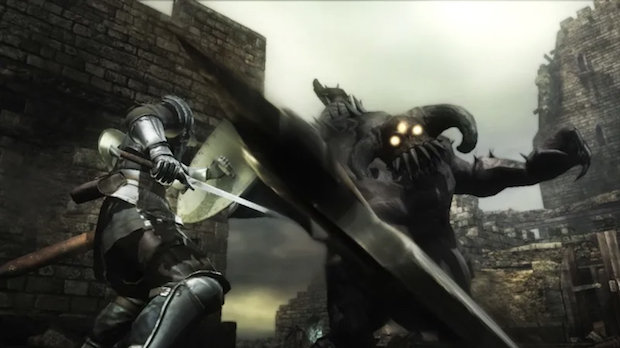 Dark Souls might be one of the most popular new franchises to have been created in this industry over the last decade, but it owes its existence to Demon’s Souls. The 2009 PS3 exclusive laid down the foundation on which FromSoftware would go on to build all future Souls games (and Bloodborne), and though it doesn’t permeate mainstream audiences and culture the way its successors do, Demon’s Souls holds a special place in the hearts of its fans like few other games do. As such, there’s been demand for a remastered or updated version of the game from a large number of people for some time now- but what does Hidetaka Miyazaki, the game’s director and FromSoftware chief, think about that prospect?

Speaking with Game Informer, Miyazaki delved into the topic of Demon’s Souls, and though he, like an creator, would rather look ahead than back, Miyazaki says he remains open to a modernized version of the game- if it’s done right, at the very least. More importantly, of course, it’s something that cannot happen without the say-so of Sony, who own the Demon’s Souls IP. “You’d have to see what they’re thinking about it,” said Miyazaki.

“If it was a studio that really loved the original work and really put their heart and soul into realizing it again, then that’s something I would enjoy,” he said about the prospect of a remaster. “But it’s really complicated because I have these fond memories. Thinking about the idea of a remaster gives me kind of butterflies in my stomach and makes me a little nervous, so it’s complicated. But I understand there are many users and many players and fans out there who really love Demon’s, so if that’s something they could accomplish with a studio that loved the work, then yeah, I’d be okay with that.”

An updated version of Demon’s Souls for current-gen hardware is something that has been in high demand for some time now, and there have been some rumblings that it might end up happening, too. As is the case with any and all rumblings, it’s best not to put too much stock in them- but said rumblings suggest that the big remake that Bluepoint Games is currently working on might be Demon’s Souls, similar to the treatment the excellent Shadow of the Colossus remake received from the studio last year.