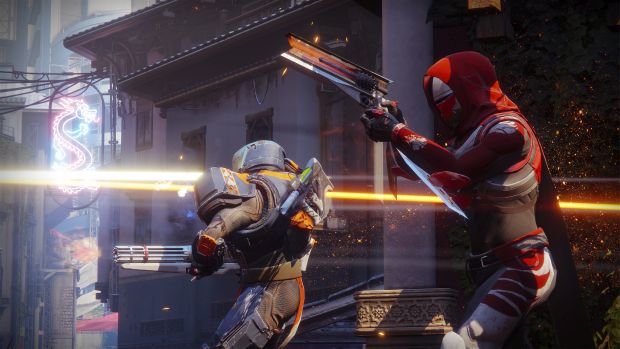 At last night’s E3 press conference for Sony, Bungie revealed the timed exclusive content that will be coming to Destiny 2 on the PS4.

It will include the Lake of Shadows, a 3 player co-op Strike; the City Apex, an exclusive ship; the Borealis, an Exotic sniper rifle; and Retribution, a PvP map. As with timed exclusive DLC in Destiny, this content will eventually come to Xbox One. In the meantime, it will be exclusive to PS4 until at least Fall 2018.

Destiny 2 players on PS4 will also have earlier access to the open beta if they pre-order, namely on July 18th versus Xbox One pre-orders getting it on July 19th. Everyone else can play the beta on July 21st for consoles but it ends on July 23rd. PC players get the beta “sometime” in August.

Releasing on September 6th for Xbox One and PS4, Bungie also announced that the PC version of Destiny 2 would be available on October 24th. Thoughts on the timed exclusive content? Let us know below.