Lots coming to all versions of Game Pass this month.

There aren’t many deals as good as Xbox Game Pass right now. Extending to the Xbox One, PC and now even to mobile via Xbox Cloud Gaming, it offers a pretty unprecedented amount of games for you to play. September has already seen quite a few games added, but Microsoft isn’t done yet, as a lot more is still slated to come.

The company announced a new slate of September titles to look forward to starting this week. First and foremost, on the 17th, you can get the RTS title Company of Heroes 2 on the PC version of Game Pass. On the 22nd is a double whammy of the shooter kind as you’ll be able to get access to Destiny 2: Shadowkeep and Forsaken on Xbox One and Android as well as Halo 3: ODST on PC and Android. On the 24th, you’ll get access to the indie sensation Night in the Woods across all three versions of Game Pass as well as the 4-player co-op action title Warhammer: Vermintide 2 for Xbox One and Android.

You’ll be able to have access to those title listed above soon, and you can read more about them as well as a list of most recent additions as well as soon to leave titles through the official website here. 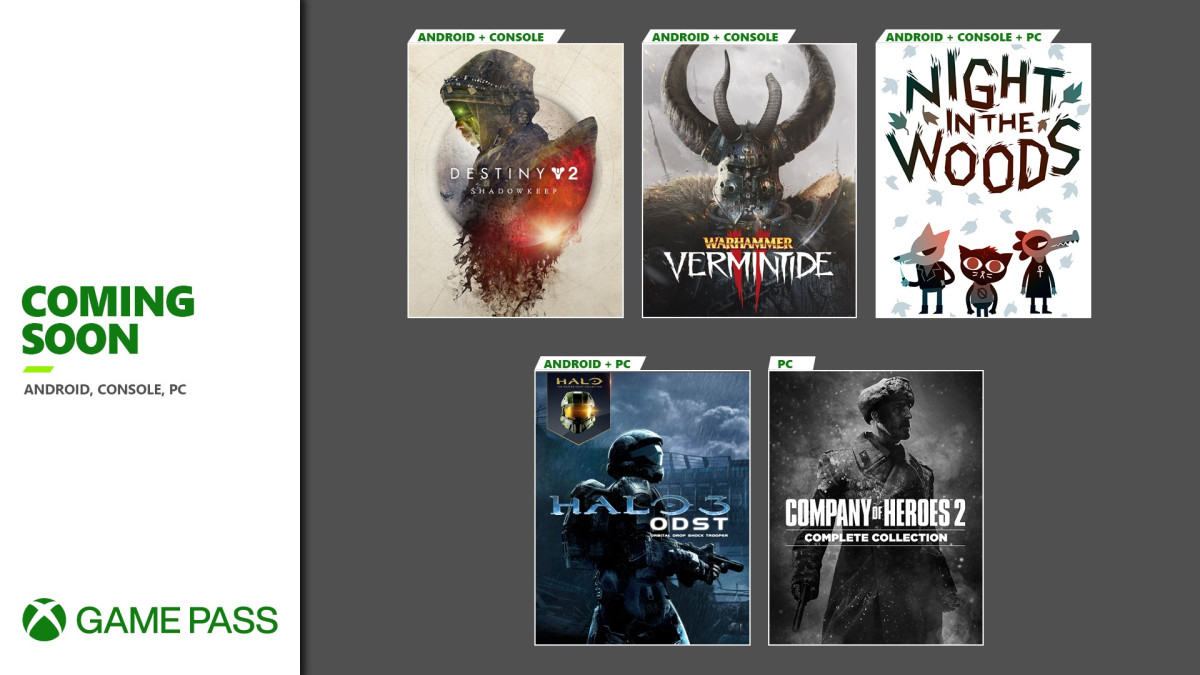