Destiny 2: Shadowkeep Review – To the Moon and Back (Again)

Destiny 2: Shadowkeep is, for all intents and purposes, more Destiny. That’s been the pattern for a good number of DLCs, premium content releases and updates that Bungie has pushed out for the game. However, that phrase might mean something different with Shadowkeep because a lot of the content has been recycled from previous games. How much mileage you get out of this “expansion” will depend purely on your expectations and how desperately you want new content. Then again, if you’re playing with friends, grinding for the raid and just generally shooting baddies together, then this review will be lost on you.

For everyone else, Shadowkeep returns to the Moon, kickstarting a new conflict with the Hive. The race has constructed the Scarlet Keep, an imposing red tower that protects from a new phenomenon called Nightmares. These Nightmares are manifested by (spoilers) a Pyramid – numerous versions of the same were seen at the end of Destiny 2‘s base campaign. The Pyramids were apparently responsible for the Collapse and exist as the polar opposite to the Traveler. Breaching the Pyramid and learning its true nature is the objective of the campaign. 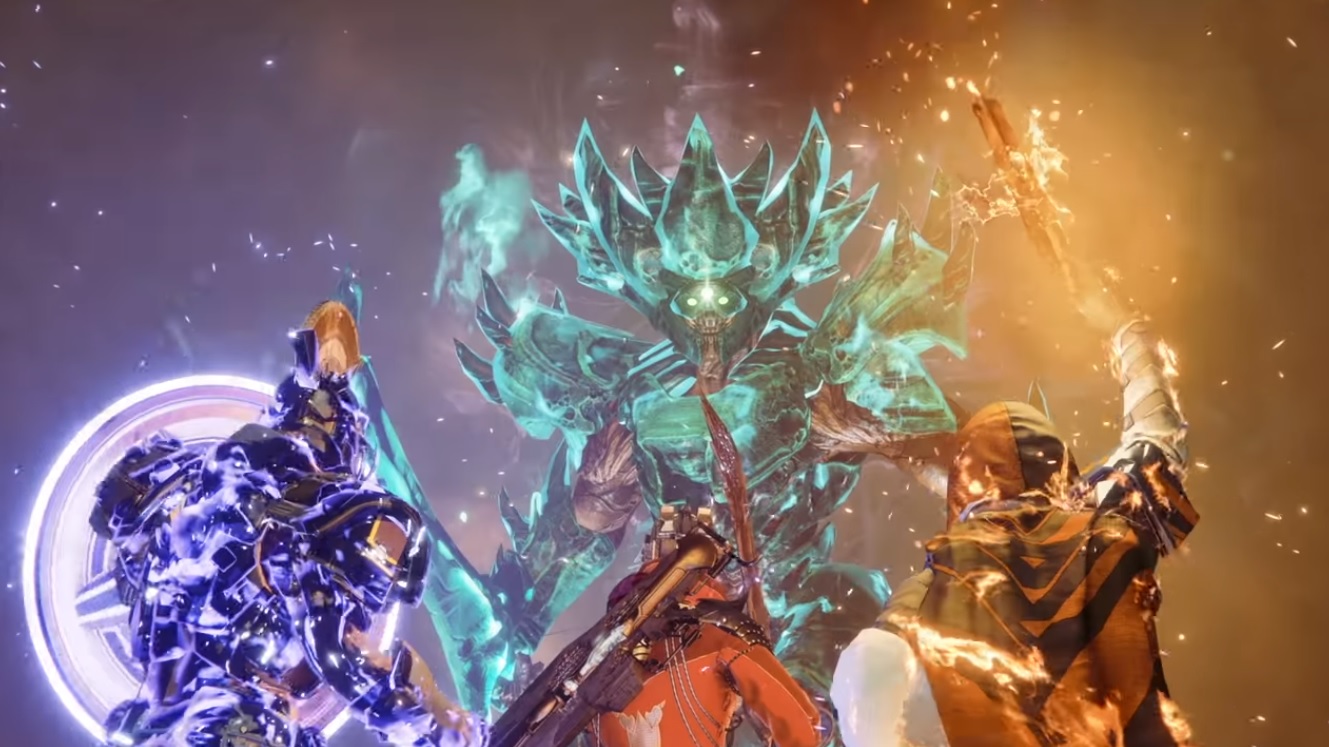 "But when voice lines are reused, numerous bosses return without any new attacks, and the Hive itself lack any real new foes, Shadowkeep‘s campaign starts to wear thin."

Rampaging across the Moon can feel good, especially if you’re a fan of Destiny dating back to the first game. The opening story mission in First Light, a Crucible map that was more or less phased out in Destiny’s latter years; battling old foes like Crota, Skolas and Phogoth; and revisiting old locations like Archer’s Line, the Hellmouth and Anchor of Light provides some good nostalgia. Unfortunately, it becomes very obvious, very early on, that a lot of these environments have been recycled.

A couple of new Lost Sectors (which are fine but not particularly mind-blowing) and the Catacombs have been added. Everything has an eerie, Nightmare-laden furbish and there’s thankfully a more serious tone to the atmosphere. But it’s not long before deja vu kicks in and old areas start to feel all-too familiar.

The Scarlet Keep is new and feels fun to fight through while thankfully being incorporated into the story as its own Strike. But when voice lines are reused, numerous bosses return without any new attacks, and the Hive itself lack any real new foes, Shadowkeep‘s campaign starts to wear thin. It’s also short – at one point, you need to purify various Essences to obtain Dreambane armor to enter the Pyramid. 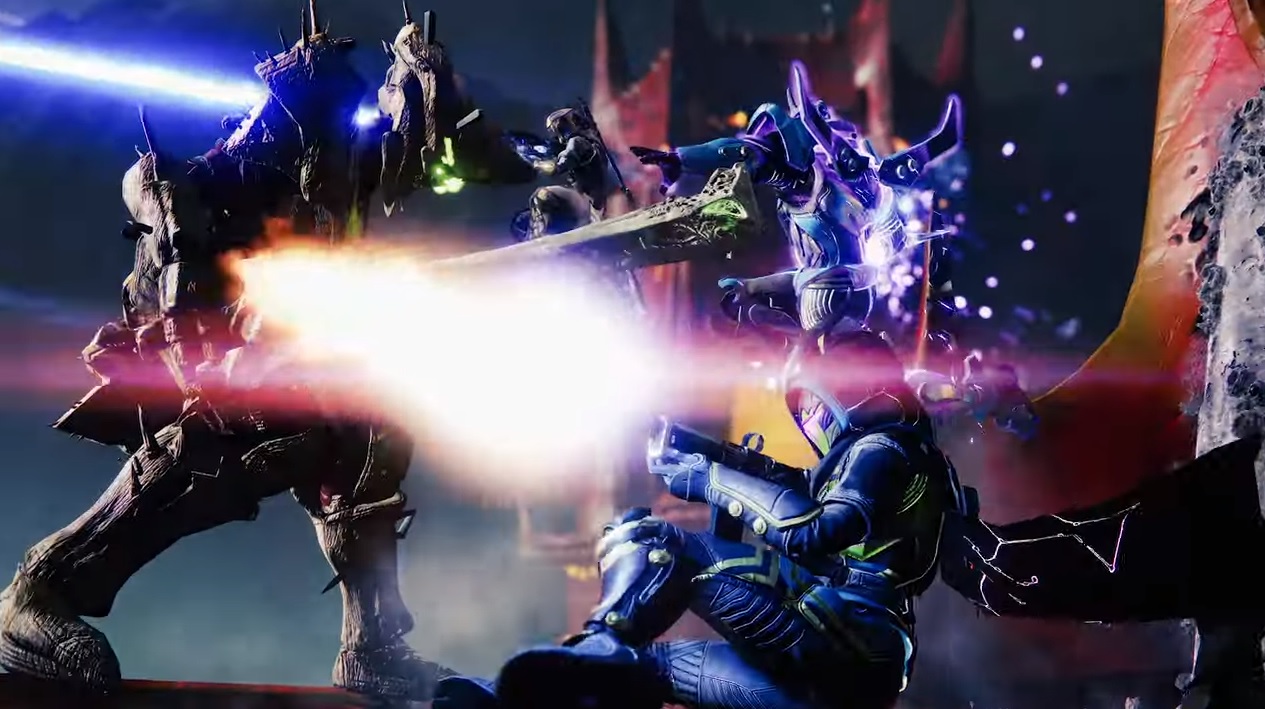 "Regardless, if you’re expecting a gratifying story that leverages the game’s lore in interesting ways then Shadowkeep will leave you wanting."

It feels like unnecessary padding to keep you from blowing through the campaign, especially since everyone who owns Shadowkeep receives some Dreambane Mod compatible armor from the Seasonal Ranks. Even the stellar art design feels a touch less impressive than usual since so much is familiar. That doesn’t mean it isn’t beautiful but I’ve seen a good chunk of all this five years ago. Some real gameplay changes and more than a few touch-ups are needed.

Story-wise, there isn’t much of a satisfying conclusion either. Bungie’s strategy seems to be slowly drip-feeding content from the expansion and Season of the Undying over the next two months. The next plot point is in the Garden of Salvation Raid, which is currently live. That’s a six-player activity and no matchmaking is available. Regardless, if you’re expecting a gratifying story that leverages the game’s lore in interesting ways then Shadowkeep will leave you wanting. It’s a real shame given how expansions like The Taken King and Forsaken delivered so well on those fronts. Heck, even Rise of Iron was better.

There isn’t a whole lot different in terms of mission design either. While I enjoyed the more open ended battlefields of the first story mission, especially as random Guardians joined the fight and tanks were dropped in, everything else was fairly typical. Not bad, mind you, but given how well Bungie has done boss fights and missions over the years, Shadowkeep fails to really think outside the box. I did like the escape through the Catacombs in one mission though, once again, it’s very reminiscent of a similar mission in The Taken King. The final story mission culminates in a gauntlet of three bosses you’ve fought in previous campaigns. The Nightmare Hunts consist of little more than battling the same bosses from the campaign across the same environments on the Moon. 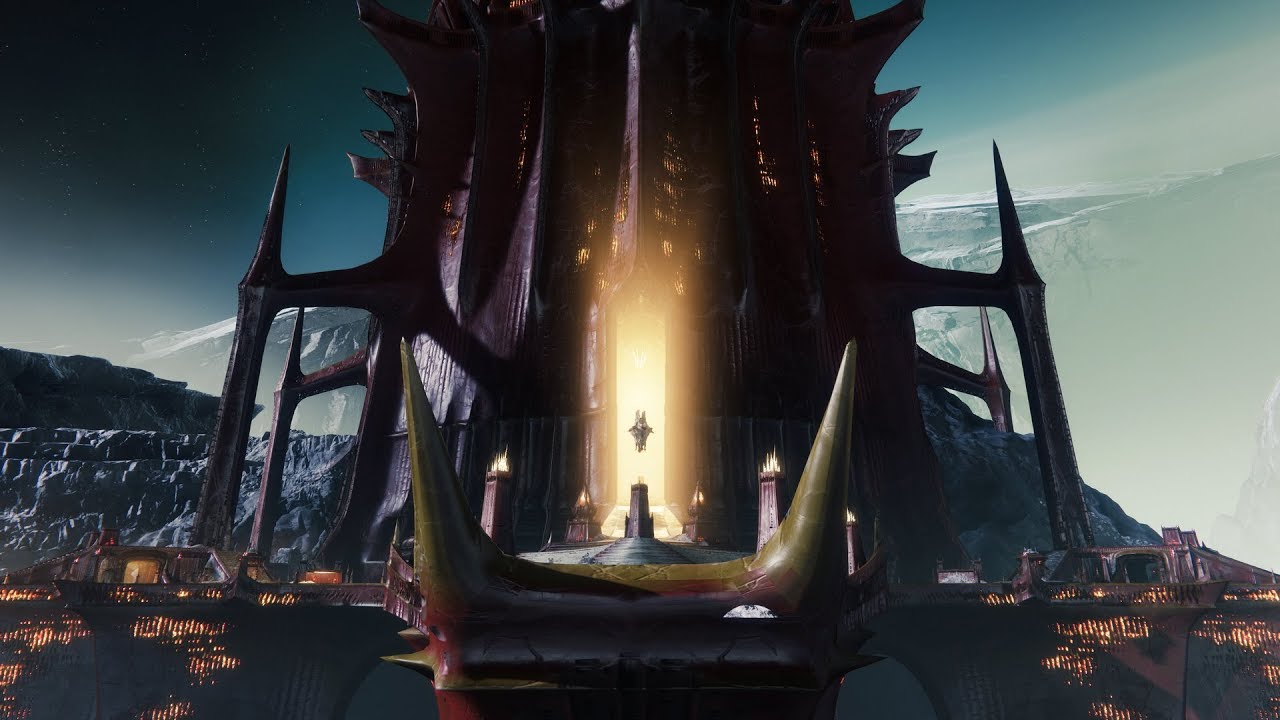 "No vendor refreshes or additions to the world loot pool have been made so you’ll be seeing the same scout rifles, auto rifles, helms etc. dropping as before."

So Destiny 2: Shadowkeep isn’t making a great impression with its story-telling or mission design. What about the loot? No vendor refreshes or additions to the world loot pool have been made so you’ll be seeing the same scout rifles, auto rifles, helms etc. dropping as before. There are four new ritual weapons to earn and the new Lectern of Enchantment lets you craft a handful of new weapons and Dreambane armor. But that’s a woefully small amount of loot to chase, even if the raid and new Exotics (like the admittedly fun Eriana’s Vow) are accounted for. One new set of armor and a few Legendaries can be earned from Season of the Undying but it’s a drop in the ocean overall.

Bungie has made a number of improvements to the overall leveling experience, though upgrading and refining gear is a substantial grind. Weapons and armor will now drop at significantly higher Power levels until you hit the 900 Power cap. After this, the player must seek out pinnacle activities to hit the 950 Power Cap. The new seasonal Artifact helps in augmenting one’s Power while also unlocking some new mods.

While Armor 2.0 allows for more customization, letting you fit mods as you see fit, it’s extremely limited from the outset. That’s because Armor must be upgraded with materials, as costs soar higher and higher, to equip more mods. It also doesn’t help that some of the initial mods are kind of “meh”. Choosing between damage resistance to a certain Element, Major enemies or Boss damage is fine but increased target acquisition for a certain weapon type isn’t exactly an exciting “upgrade”. Infusion now requires Upgrade Cores which have even lower drop rates than Enhancement Cores. The rate at which they’re doled out is up for debate – I feel that without the Seasonal Rank freebies, it would be a much tougher task to adequately hit 900 Power. 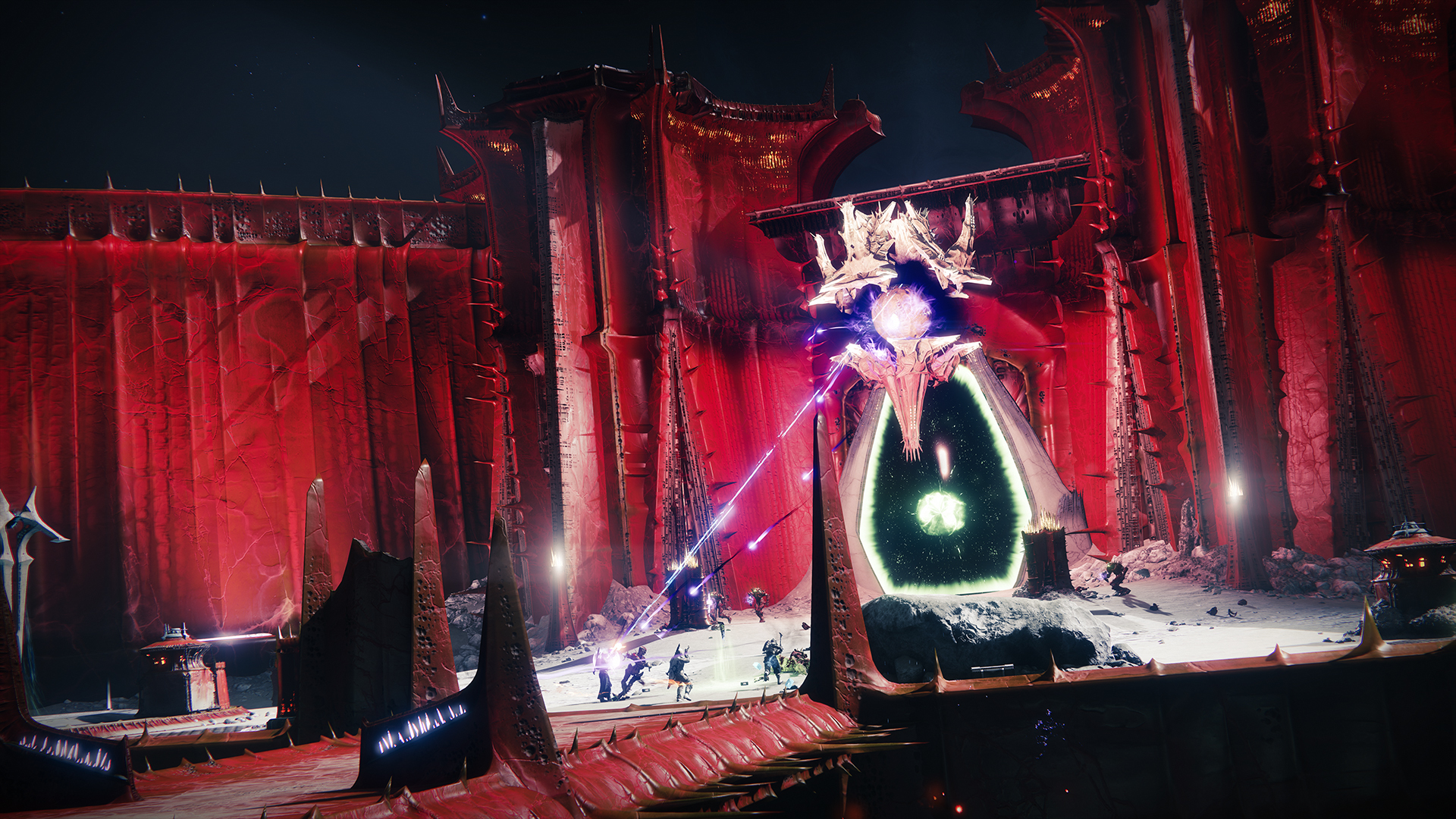 "While efforts to balance armor on Supers like Fist of Havoc are appreciated, there aren’t a ton of overwhelming changes to the meta (save for some more auto rifle usage)."

At the end of the day, Armor 2.0 needs some more work. The sheer amount of RNG introduced for getting the right Discipline, Strength and Intellect rolls along with the right Energy type (since mods that resist certain elemental damage are restricted to the same Energy type) is hefty. This might be fun for some players as they struggle to get that perfect Tier 12 build while also having best-in-slot Recovery and Resilience. But the Energy type on armor feels like an unnecessary restriction and layer of RNG on top of it all.

Other new mechanics include Nightfall: The Ordeal, which introduces Champions to fight. These Champions have different types like Barrier, Overload and Unstoppable – you need to level up the seasonal artifact to unlock mods necessary to, say, break the Barrier Champion’s shield or stagger an Unstoppable Champion. Eriana’s Vow has Barrier breaking rounds intrinsically, which makes it a nice choice for these Nightfalls. And while I felt that these foes were fairly bullet spongey in their own right, they necessitate teamwork and introduce a sense of danger that’s been missing from the activity.

Not much has changed with Crucible save for Elimination coming back, playlists being shifted around, certain maps being removed and a couple of new maps coming back. Two of them are Twilight Gap and Widow’s Court from Destiny 1, further filling recycled content bin, but they’re still good maps. While efforts to balance armor on Supers like Fist of Havoc are appreciated, there aren’t a ton of overwhelming changes to the meta (save for some more auto rifle usage). You’ll still come across teams that will roll you with Power ammo – especially since recent changes let an entire team receive it a few minutes into a match – and Supers, thus snowballing the match. Personally, though PvP can be fun at times, it’s yet another area that Shadowkeep does little with.

"Maybe the long saga of Destiny will some day move forward in its tale of Light versus Darkness and maybe it won’t. So it goes, and goes, and goes until the next “expansion” or change in direction."

Again, it all comes down to your expectations. You may have wanted a highly nostalgic ride, remembering old locations and facing old foes while grinding through Bounties and finding the few new Exotics en route to playing the raid. Alternatively, you might have expected a satisfying story regardless of length, new loot or even new mission types and modes but felt disappointed. Some players may take this as just the entry to new content that’s coming down the road, feeding into their hobby of playing Destiny for hours and hours at a time for months on end.

At the end of the day, Destiny 2: Shadowkeep isn’t for everyone. I felt underwhelmed by the story-telling and characterization. Mission design is similarly ho-hum and I say all of this while admitting there’s fun to be had in shooting enemies, whether solo or with other players. What Bungie has delivered and its plans for the future ultimately motivate me to observe this “evolving world” story on the sidelines. Maybe the long saga of Destiny will some day move forward in its tale of Light versus Darkness and maybe it won’t. So it goes, and goes, and goes until the next “expansion” or change in direction.

The Moon is a fairly well designed zone and the new additions feel nice. Story missions, especially the opening, can be fun to blast through. Lectern of Enchantment offers a nice way to craft specific armor and weapons. Nightfall: The Ordeal introduces some challenging new mechanics for Strikes.

Short campaign with an equally unsatisfying end. Mission design is unimaginative for the most part. Amount of new loot, especially Exotics, feels lacking. Lots of content recycled from previous games in terms of bosses and environments, which can wear on those playing over the years.

Final Verdict:
FAIR
Destiny 2: Shadowkeep is a decent start for the next year of content, banking heavily on nostalgia and few mechanics. If you just want an excuse to play Destiny, it should suffice.
A copy of this game was provided by Developer/Publisher/Distributor/PR Agency for review purposes. Click here to know more about our Reviews Policy.