More details will be revealed en route to October 1st. 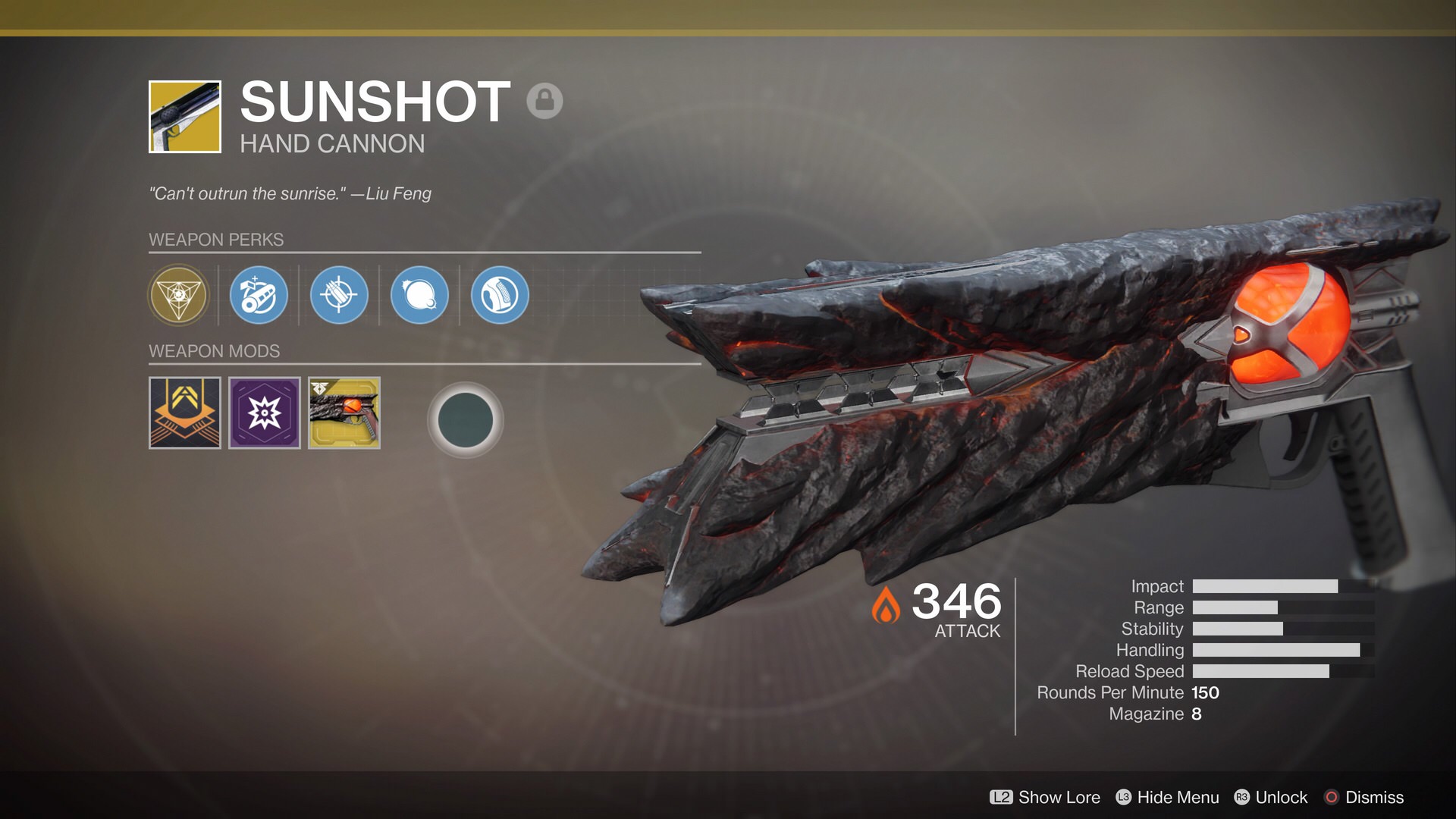 Ever since Destiny 2: Forsaken rolled around and numerous Exotic hand cannons were added with the Annual Pass, many players have asked for a buff to Sunshot. Sunshot is an Exotic hand cannon that can be earned during the base game’s storyline. As such, it was extremely potent for being able to create explosions on kills without headshots.

However, with newer and beefier hand cannons added since then, many have lamented the lack of changes to Sunshot. It seems Bungie will acquiesce to one request though – buffing the magazine size, which is currently at 8. According to community manager dmg04 on the forums, “The team has been hard at work on some Sandbox QOL coming in Shadowkeep. One item in particular is Sunshot and its mag size. More details coming when we’re closer to October 1.”

While one shouldn’t expect Sunshot to have double its ammo capacity or anything, seeing some quality of life changes is better than none. Destiny 2: Shadowkeep is out on October 1st for Xbox One, PS4, and PC after being delayed from its initial September release. Bungie has already teased us with the army of Nightmares that awaits on the Moon, along with a potential Vex invasion in Season of the Undying.