The new Season Rank UI confers rewards like cosmetics, Exotics and more upon leveling up. 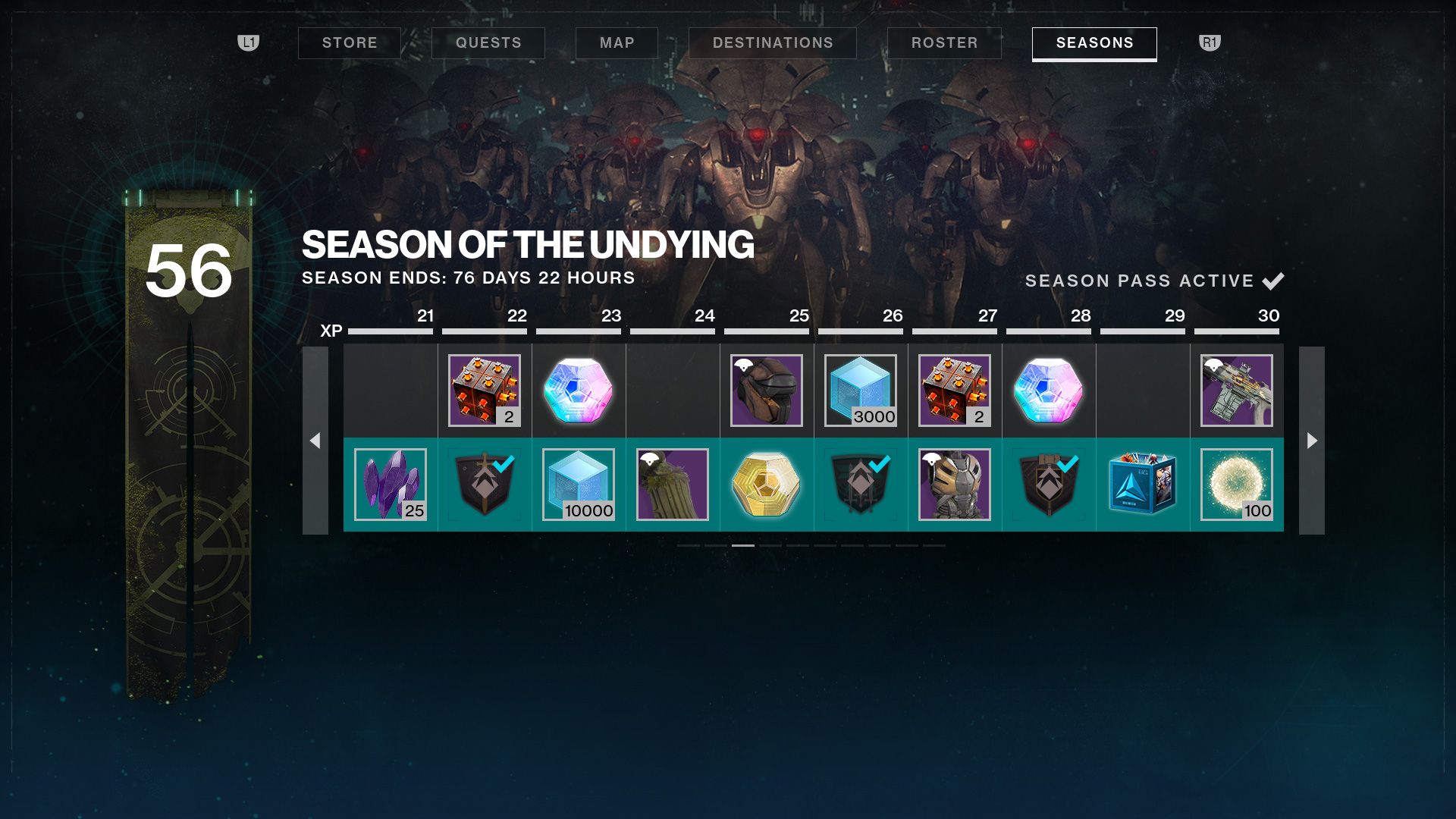 Bungie’s Destiny 2 will follow in the footsteps of Fortnite: Battle Royale and Dota 2 with its own version of the Battle Pass. Going live with Shadowkeep and the Season of the Undying in October, the pass will included a Premium and Free track. So if you possess the Season of the Undying pass for $10, then you’ll have access to the Premium track. Destiny 2: New Light players can level up the Free track.

The Battle Pass or Season Rank UI will confer different rewards upon ranking up. All experience earned will go towards leveling up and the ability to pay for ranks will be unlocked near the end of the season. That being said, there will be triple XP bonuses live for the first three ranks each week of the season. As per director Luke Smith, “Playing strikes with full stacks of bounties and rest XP should get 10 ranks in around 8 hours.”

Season Pass owners, who can also access the new Vex Offensive activity, will receive the following from the Battle Pass.

All players, from Shadowkeep owners to those trying out the series with New Light, will receive access to the following:

Destiny 2: Shadowkeep is out on October 1st for Xbox One, PS4 and PC along with Destiny 2: New Light. Season of the Undying will go live on the same day and last for three weeks. As always, stay tuned for more information on changes and the like in the coming weeks.