Posted By George Reith | On 01st, May. 2011 Under Feature, Slider | Follow This Author @GNReith

George Reith takes an indepth look at Deus Ex: Human Revolution. Check out his impressions below.

Who doesn’t love Deus Ex? You can put your hands down now, your opinion doesn’t count. Though it may look like a (now relatively old) sci-fi FPS on the outside, Deus Ex held a huge amount of depth. With character development and in-game decisions that actually made a difference, Deus Ex revolutionised PC gaming as we know it. The sequel wasn’t quite as impressive, but you can’t please all of the people all of the time. With the third title in the series, Human Revolution, (sort of) nearing completion, what kind of things will keep us talking about it for years to come? 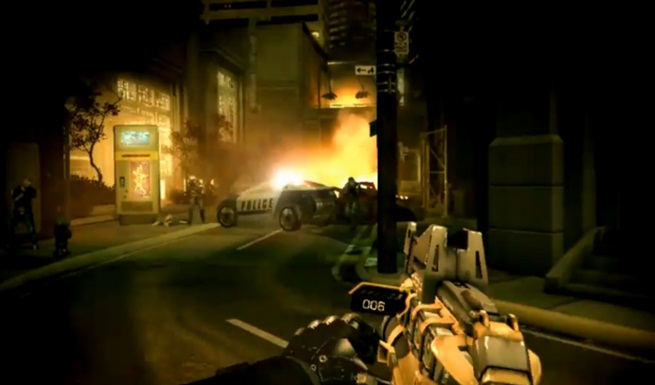 Ignore the first day DLC, the real stuff is sure to come

Deus Ex was one of those games we never wanted to end. Sadly, with DLC being as it was back then (as in pretty much non-existent) no kind of gameplay extension could occur outside of fan mods. Without wishing to jinx it, even if the main story of Human Revolution is too short, at least we know that we will be able to enjoy some of the DLC that is apparently already planned for the game. Let’s just hope they get the pricing right. 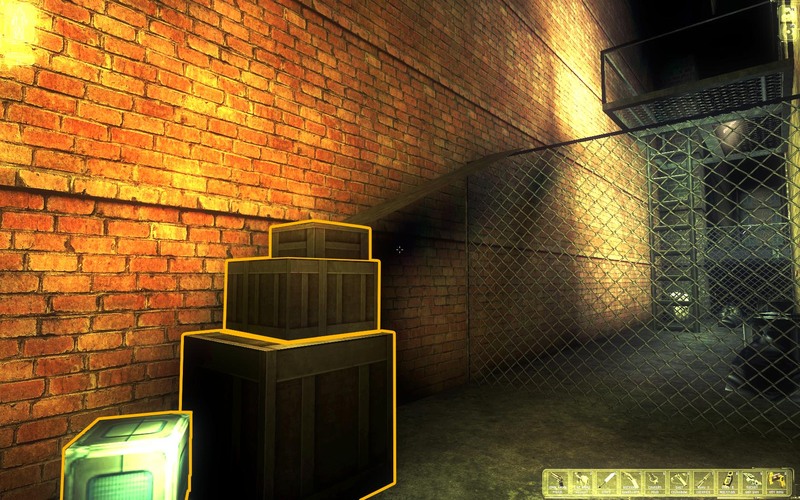 Just try not to see them. Just try it

How many times have you been searching around your house for your keys, wallet or any other small item and thought “wow, this is fun?” So why do some developers think we also want to do this in our games? Well Eidos Montreal have realised this error and will highlight collectibles on your HUD in DE:HR, making scrounging for more ammo that little bit more manageable. For those concerned that this will impact on immersion and the game’s realism, fear not. You can always turn off the object highlighting should you wish. 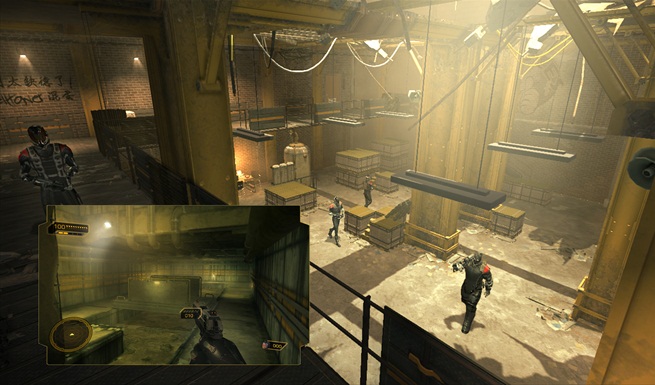 Take the heart of the beast: Eliminate their squad leader

One of the more subtle additions to the new Deus Ex you might have missed is the inclusion of squad commanders. When engaged with a group of adversaries there will be a marked difference between the grunts and the unit commander. Should you take out the commander in the earlier stages of the battle, those he commands will become scattered and demoralised, unable to work effectively as a unit any more. Whilst it is only a minor addition, it speaks volumes about the importance Ubisoft Montreal are placing on good enemy AI. If they get it right, Deus Ex: Human Revolution could prove to be a well balanced challenge. Who needs doctors when you can regenerate your health?

Regenerating health, in a shooter? Haven’t seen that one before. Sure, it isn’t a big deal considering how nearly every FPS uses regenerative health systems these days, but it is a departure for the Deus Ex franchise. Eidos Montreal have turned away from the traditional health bar and packs for a system that will provide a more fluid gameplay pace. A good thing too, as no one likes having to back track to scavenge for extra health kits.