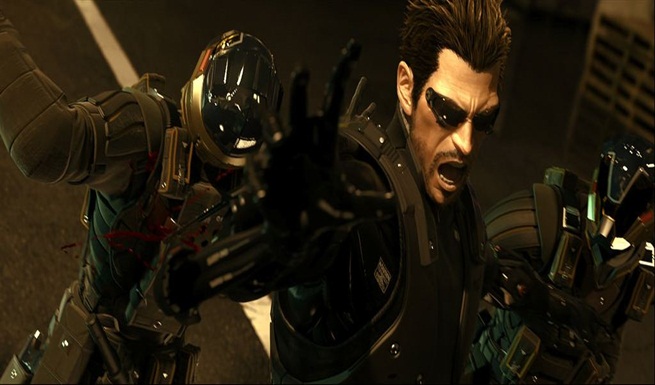 Fans can begin the hunt by downloading the DXHR QR MISSIONS Scavenger Hunt app on the app store. Players who enter have the chance to win in-game goodies, as well as real world prizes. The first code is already available in the exclusive content section of the game’s official Facebook page (www.facebook.com/DeusEx). New codes will be released every week for the next seven weeks.

According to the press release: ”

The DXHR QR MISSIONS Scavenger Hunt delivers elite rewards for the fastest and most thorough code collectors as well as an amazing prize for all participants through a larger, unified goal. These prizes include:

·         For each code scanned, users receive an item immediately including special game footage, secret codes to unlock in-game doors, “Augment Yourself” codes and other assets and info from the game.

·         The first 1,000 participants to find 10 codes will receive an exclusive theme for their preferred platform (either the Xbox 360® video game and entertainment system from Microsoft or the PlayStation®3 computer entertainment system). These themes will be available for sale at a later date.

·         If the collective score for all participants reaches 1,000,000 points before August 23 (the North American release date), all registered participants in the DXHR QR MISSIONS Scavenger Hunt will receive an exclusive item for their Xbox LIVE Avatar or for PlayStation®Home.  This item will be a toy version of the in-game “B-EE Chopper” that will appear as an Avatar prop item for their Xbox LIVE Avatar and will be available as a companion that follows the user within PlayStation®Home.

·         The first 10 participants to collect ALL 21 QR codes will receive the following prize package: