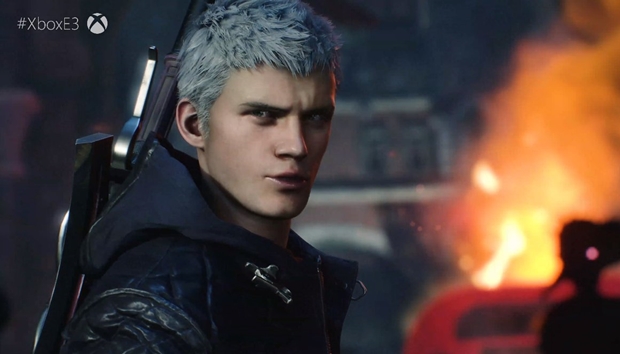 Everyone expected Devil May Cry 5 to be announced at PlayStation’s E3 2018. In fact, the game was even hinted to have some form of PlayStation exclusivity. That… didn’t happen? Instead, the game was revealed in all of its glory on the stage for Microsoft’s E3 conference today.

The game, which director Itsuno proudly proclaimed as “Devil May Cry [being] back!”, looked stylish as expected, and had the same kind of action that Devil May Cry fans have come to expect from the franchise. The one issue: the game seems to star Nero, though we did also get a glimpse at Dante- I think?

That aside, Devil May Cry 5 looks great, and Itsuno proclaimed that he is convinced it will be his best game yet. No more details about the game were shared yet, but we’ll keep you posted on them as they come either way.