No, your eyes don’t deceive you… it’s yet another collection of classic titles repackaged with an HD stamp on the box. Fret not though, this one is devilishly good…

The Devil May Cry series has been lauded by critics since its debut in 2001 and now the first three games are bundled together in this budget-priced compilation. Yeah, you heard that right; Devil May Cry, Devil May Cry 2, and Devil May Cry 3: Dante’s Awakening Special Edition on a solitary disc for both the Xbox 360 and PS3. 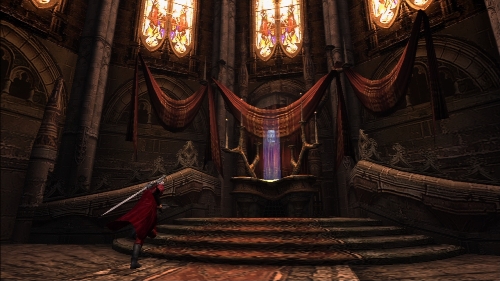 Dante is back… but with a slight graphical overhaul

For little more than half the cost of a regular game, this is the perfect opportunity to experience one of the best ever series from the Capcom stable – a story of good versus evil, or floppy-haired heroes versus huge ravenous beasties.

For those of you who have lived in a cave for the past decade or so, the plot goes like this… Devil May Cry tells the tale of half-demon Dante, born to a human mother and a devil father, as he tries to fulfil his destiny and save humanity from evil. Oh, and he looks kind of cool and bears some pretty nice guns and a big blade to fend off bad guys. As you’d expect, it’s all completely over the top and has a very Japanese feel to it – but that’s what made it so great and garnered a legion of die hard fans.

A couple of years after the original emerged and Dante returned with Devil May Cry 2 (2003), only this time he’s  joined by Lucia who you also can choose to control, should you so desire. You can still pull off some ludicrously high jumps, shoot your guns in mid air and go hunting for those colourful orbs to power up and progress. 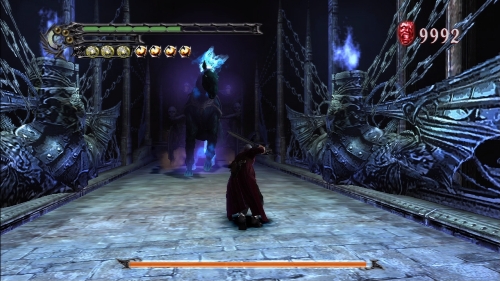 Many argue that the third game, Devil May Cry 3: Dante’s Awakening Special Edition, was the best title to date. It brought with it some improved graphics and introduced Dante’s twin brother, Vergil. This edition also includes the Bloody Palace and Turbo modes.

They have all stood the test of time surprisingly well. Visually, the first and second games now look a little dated despite being retouched and upgraded with HD goodness. But that doesn’t detract from the core gameplay, which is still thoroughly absorbing and set the foundations for the long-running series.

The combat still feels sublime, the gothic feel of the games remains and the weapons and moves are suitably stylish. Oh, and the tunes that kick in throughout Dante’s adventures are still superb.

Besides the addition of the HD graphics and improved textures, there’s bonus content thrown in too (artwork and some soundtracks) and support for those all important Trophies and achievements. Otherwise, the games remain the same as before. For some reason, however, the menu screens stick out like a sore thumb from the rest of the package – they’re low-res affairs that seem to have been forgotten about when the rest of the game was being stretched for widescreen. 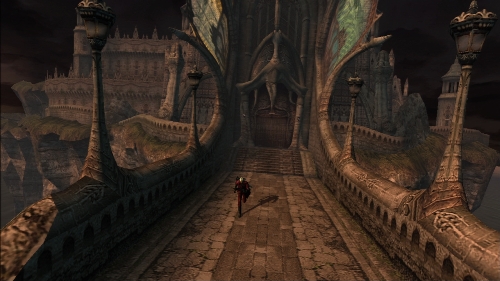 But just like our recent Jak and Daxter review, this HD collection is a worthy addition to your collection. Of the three games, it’s generally accepted that Devil May Cry 2 is the weakest – but as a whole, each game has plenty to keep you playing. And for such a small outlay, you really shouldn’t delay running down to your local store to grab a copy. It’s just a shame they couldn’t cram the fourth game in the box too. If nothing else, the HD collection will whet your appetite for the upcoming release of the next Devil May Cry game!

Three top titles, all looking better than they did but still with the same great gameplay. Bonus material and support for achievements

Does look a little dated in places. The menus are annoying - not widescreen like everything else and they look a little low res. The second game may disappoint some

Final Verdict:
SUPERB
Dante is back, with his floppy hair, big sword and flair. Arguably some of the best games ever made finally appear on one disc. An HD collection well worth having
A copy of this game was provided by Developer/Publisher/Distributor/PR Agency for review purposes. Click here to know more about our Reviews Policy.