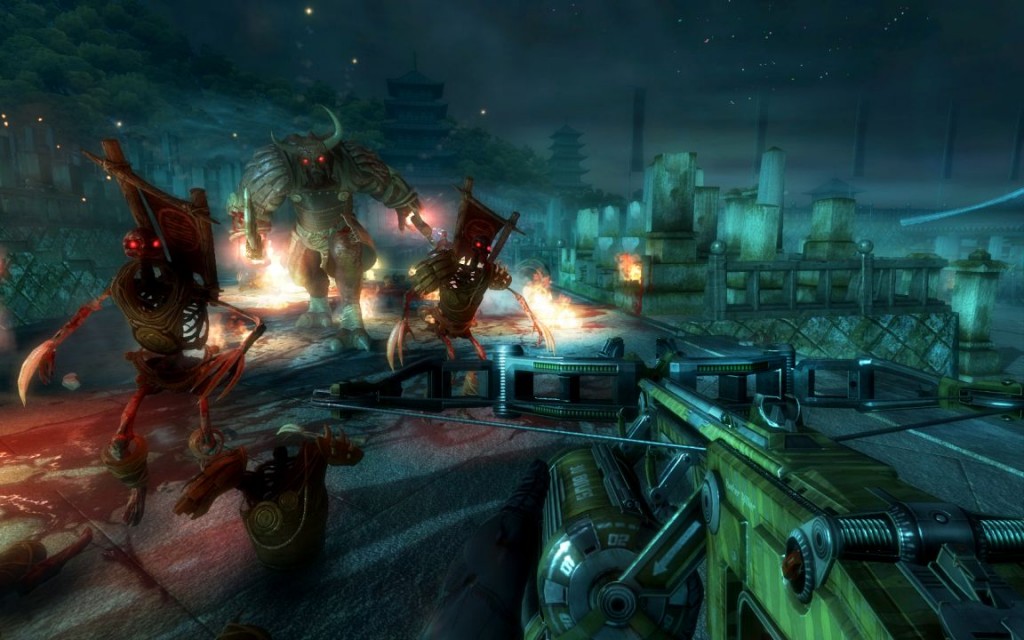 Earlier this week, Flying Wild Hog confirmed to GamingBolt that the Xbox One version of Shadow Warrior will run at 900p compared to the PS4 version which will support 1080p resolution. Following up on our conversation with the game’s Lead Engine Programmer Krzysztof Narkowicz and Michal Szustak,CEO and Game Director, we asked the duo whether DirectX 12 will bring any benefits to games development on Xbox One.

Krzysztof Narkowicz stated that, “It’s targeted at lowering draw call overhead on PC, which isn’t such a big issue on Xbox One, as some low level access is already available there. On the other hand having one API across multiple platforms decreases development time”. This indicates that DX 12 will have more impact on PC compared to the Xbox One but in the end development time [and probably costs] will be brought down across the two platforms.

The situation can be compared to AMD’s Mantle who are also solving the same issue of allowing developers to program PC games close to the metal similar to console games development. There is a reason why Mantle may not be available for PS4 and Xbox One since they already have low level API access.

We also asked Krzysztof  whether they faced any difficulties in porting Shadow Warrior on the Xbox One. “The hardware is very similar to PS4. Xbox One is using familiar APIs like DirectX. Adding Xbox One support after having a PS4 version up and running was an easy task,” he added.

Shadow Warrior makes it debut on current generation of consoles this Summer.

This is just a snippet of our interview with Flying Wild Hog and we will have more in the coming days.