Dragon Age 3 was already confirmed to be in development at BioWare but a retailer has revealed that the game will be released in 2013.

A Reddit user has posted the image of what seems to be a PS3 release list someone took from Gamestop. While that is all nice, what stands out here is that we have the release date for some games which don’t have a release date yet.

Final Fantasy Versus XIII comes out this June, the list reads. This seems to be a fake because we all know the game is a vapourware but maybe it means the game will be shown at E3 and a release date will be announced then?

Dragon Age 3 was rumoured to be a next gen game but that is a rumour for now. Call of Duty 2013 and Battlefield 4 is listed for December 31st 2013, which we know is fake because they will be released in October or November.

The dates and the pricing on the list seems to be a placeholder so take it with a pinch of salt. 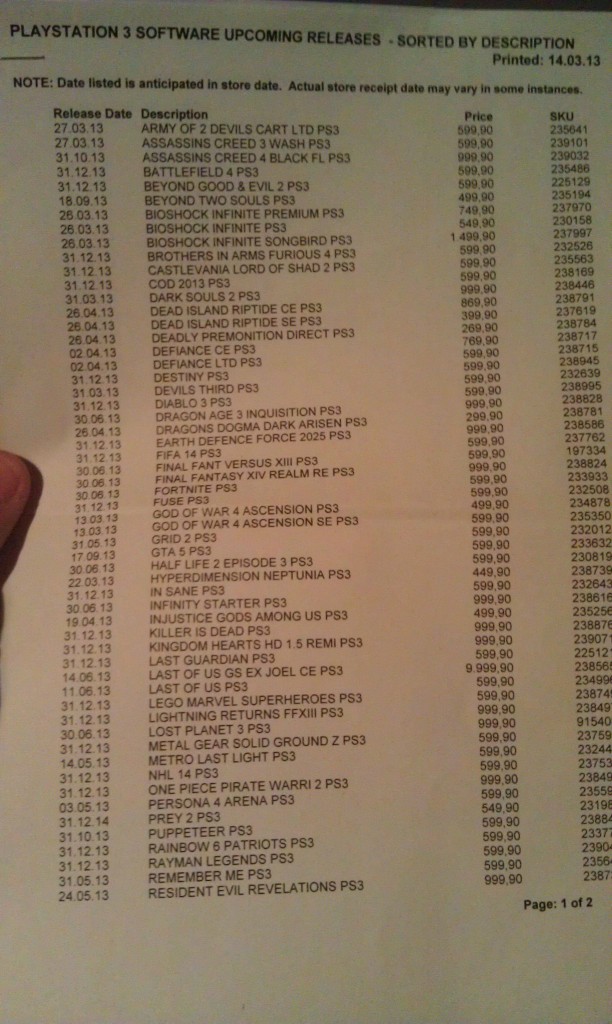 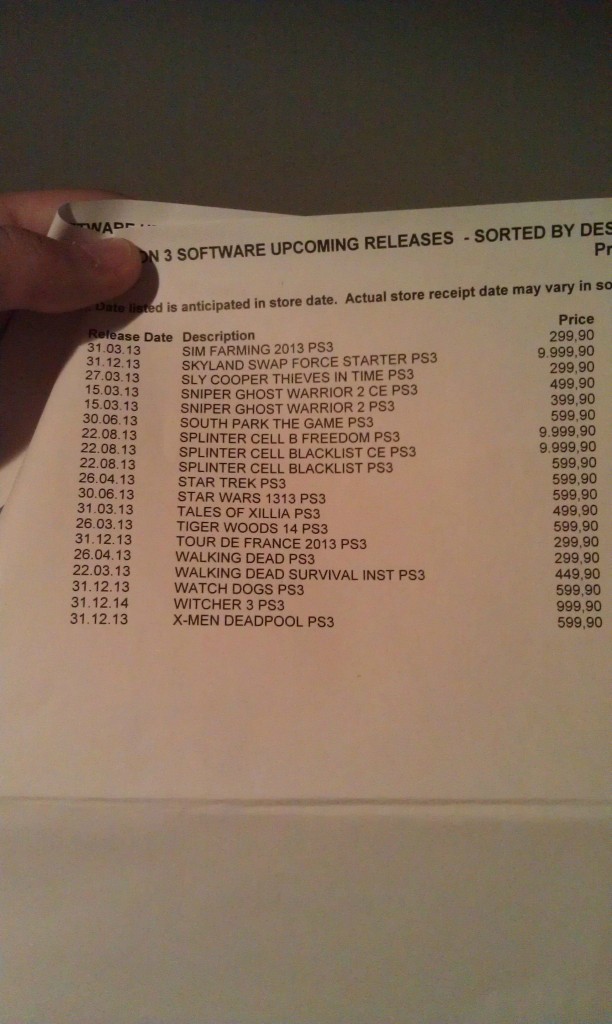