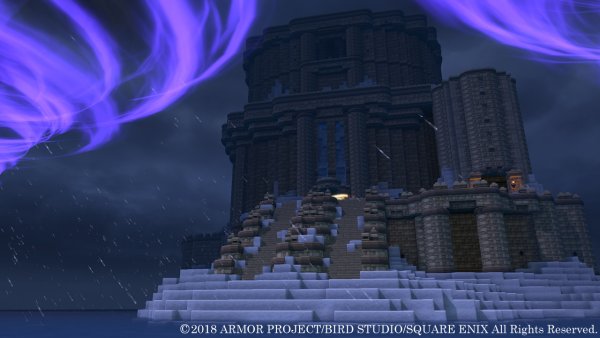 Square Enix have put up an update on their official Japanese website (via Gematsu) that details the fourth main island we’ll be visiting in the upcoming Dragon Quest Builders 2. The Endless Battle island was once occupied by a proud kingdom, which was wiped out by the Hargon Order, who destroyed the kingdom’s castle.

As the Builder, the players will be tasked with rebuilding the castle- interestingly enough, players will be constantly assaulted by the Hargon Order’s forces, even while they’re in the middle of rebuilding. The enemies that do attack you will also have a few unique attacks in their arsenal, from fire spells to attacks that induce sleep.

The island itself also looks like a very interesting location, with some interesting landmarks to see and explore. There’s the fortress of the Hargon Order, where its armies await, while there’s also a Hargon Order warship docked in the island’s harbour. The island will, interestingly enough, be largely covered in snow, and is described as a harsh environment, where freezing snowstorms will be a dime a dozen. It should be interesting to see how the island’s environmental properties factor into the game’s building mechanics.

Square Enix also gave out some info about two of the characters we’ll be meeting in the location. There’s Rick, who’s the ruined kingdom’s most accomplished swordsman, and there’s Anessa, a well-known general and the kingdom’s top strategist, who seems to be a bit cynical about their chances against the Hargon Order.

A bunch of screenshots were also released. You can take a look at these below. Recently, Square Enix also confirmed that Dragon Quest Builders 2 will have a photo mode. Read more on that through here. Dragon Quest Builders 2 launches in Japan for the PS4 and Nintendo Switch on December 20, with a western release planned for 2019. 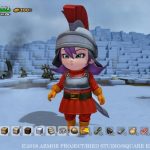 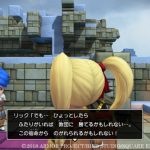 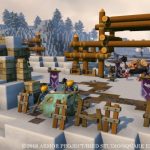 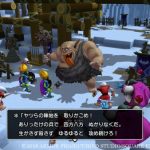 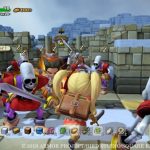 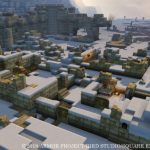 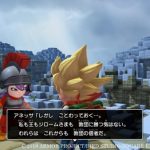 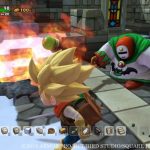 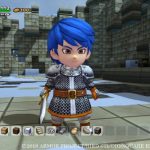 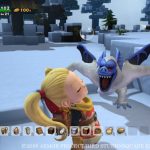 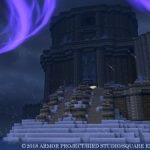 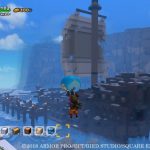