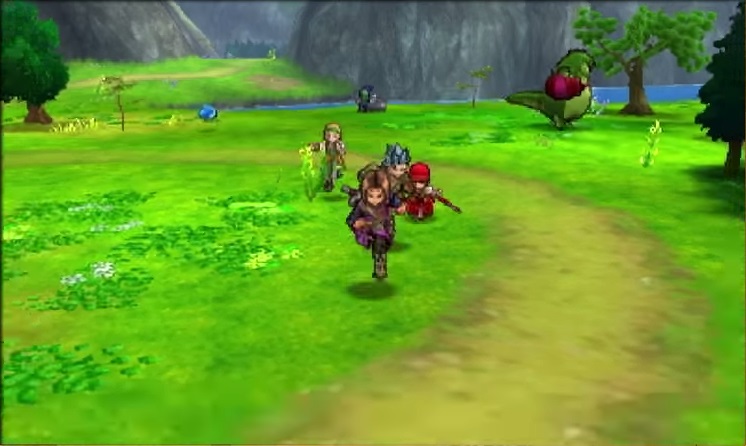 A lot has been said about Square Enix’s decision to bring Dragon Quest 11 to the west on the PS4 and PC, but not on the 3DS. The 3DS version of Dragon Quest 11 was special, made as a throwback to the classic games that made the franchise so big to begin with, with the top screen showing a 3D adventure, while the bottom one showed a top down sprite based one similar to the NES games.

Both the 3DS and PS4 versions have the exact same script, so localizing one would mean the other is already localized and good to go. So why was the 3DS version skipped? Square Enix said it was for business reasons, and now we have some insight into what those reasons might be.

Dragon Quest series executive producer Yuu Miyake recently said in an interview that the 3DS games were not all that popular in the west, suggesting that they didn’t perform to Square’s expectations outside of Japan.

“Dragon Quest X hasn’t released overseas. The 3DS games weren’t that popular overseas, and some folks jumped from Dragon Quest VIII all the way to Dragon Quest XI,” he said to GamesTalk. (translated by Siliconera).

The 3DS got re-releases of Dragon Quest 7 and 8, as well as a handful of spin-offs. The thing though is that Square didn’t localize them themselves, and they released years after they were already available in Japan, months before the launch of the Switch, so it does make sense why they didn’t do well.

It’s just a sad situation all around, in the end. Dragon Quest 11 is available now on PS4 and PC (and coming eventually to the Switch), and it’s a great game, so make sure to check it out if you haven’t had the chance to already. In related news, Square Enix recently said that if Dragon Quest XI doesn’t do well in the West, they might just stop localizing the series entirely. Read more on that through here.