Uses advanced streaming tech to get around the handheld’s limitations. 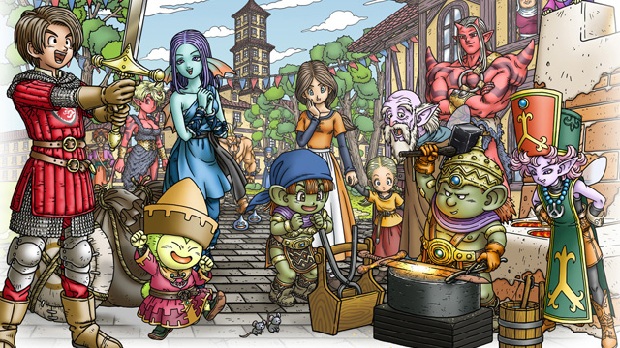 Dragon Quest X, the tenth installment in the long running Dragon Quest series, is a bit of a departure from the norm for the traditionally conservative series. It is, you see, an MMORPG. It was launched back in 2012 for the Wii, and then in 2013 for the Wii U, with subsequent releases for PC and smartphones announced. Through it all, the game has been generally successful, and has been considered to have been one of the streams of revenue that have helped Square Enix to return to profitability in recent years.

However, Square is apparently not done milking it- the game will also be coming to the 3DS, allowing players to use the same accounts and characters that they have created on any of the other versions, and it will be using advanced cloud streaming technology to get around the limitations that the 3DS’s hardware poses.