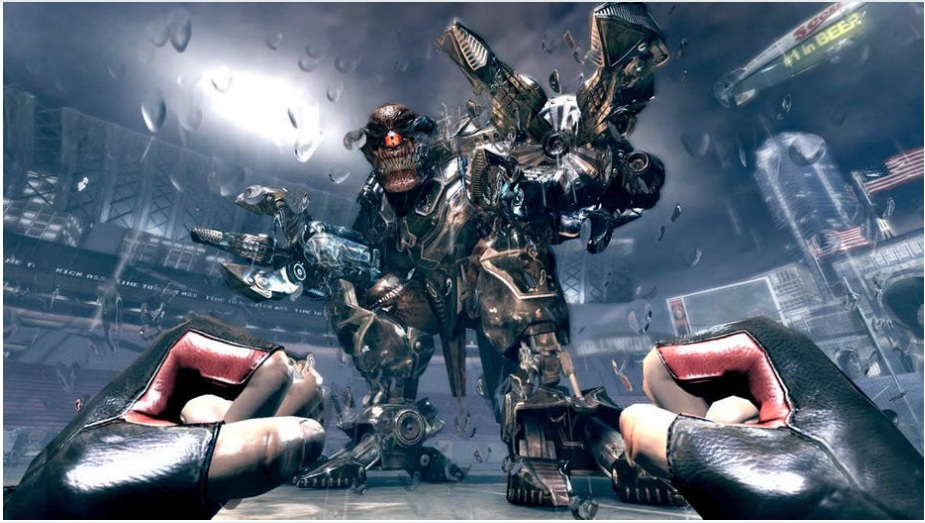 Thanks to Official Xbox Magazine we have some new details on ‘Duke Nukem Forver’ multiplayer. On launch we will get modes Dukematch, Team Dukematch, Capture the Babe and Hail to the King. The multiplayer will be 8 player so you will have 4vs4 battles with each team classically either have a red or blue shirt. Dukematch is Free for All and Team Dukematch is Team Deathmatch, while Hail to the King is is Duke Nukem Forever’s version of King of the Hill. Capture the Babe is the games version of Capture the Flag only it is capture the babe instead and it is you classic style of gameplay, grab the babe take her to your base only she might be somewhat hesitant to co-operate.. yeah flags never did that, so you might have to give a little ‘love tap’ to get things going.

There will be an XP system and as you level up, you can customize your Duke to your liking, Holoduke is back hopefully less cardboard shape cut out like this time. Pipe bomb suicides even give you bonus points. A total of ten maps are in the game, including a remake of Dukeburger which even includes miniature Dukes running around some maps. So far confirmed weapons include the pistol, shotgun, ripper chaingun, pipebomb, RPG rocket launcher, shrinker, railgun, freezer, devastator and trip bomb as well as the jetpack being available on certain maps.  Here are screens from the magazine.  Duke Nukem Forever will be out for the Xbox 360, Playstation 3 and PC on May 3rd.