EA’s release slate is looking packed for the next few months. The remainder of 2022 will see the publisher putting out a number of games, but the first quarter of 2023 – which is the final quarter of the company’s fiscal year 2022/23 – will see a total of five releases.

EA briefly detailed this release schedule as part of its recent quarterly fiscal briefing. Interestingly, out of the aforementioned five releases, two haven’t been officially announced for the release window. One of these, according to EA, is a “major IP”, while one is described as a “partner title”.

As far as the latter goes, EA is likely referring to Star Wars Jedi: Survivor, which may have been officially announced, but hasn’t been given a specific launch window yet beyond a vague 2023 one. Reports, however, have claimed that the action-adventure sequel will be out in February or March.

The unannounced major IP is more of a question mark. It’s possible that EA could be referring to Skate, but developer Full Circle has emphasized on a couple of occasions that the game is still in the relatively early stages of development. Whether or not it will be able to launch by the early months of 2023 remains to be seen.

Beyond these two unannounced games, the final quarter of the current fiscal year will also see the releases of the Dead Space remake, the next PGTA Tour game, and the next Super Mega Baseball game. 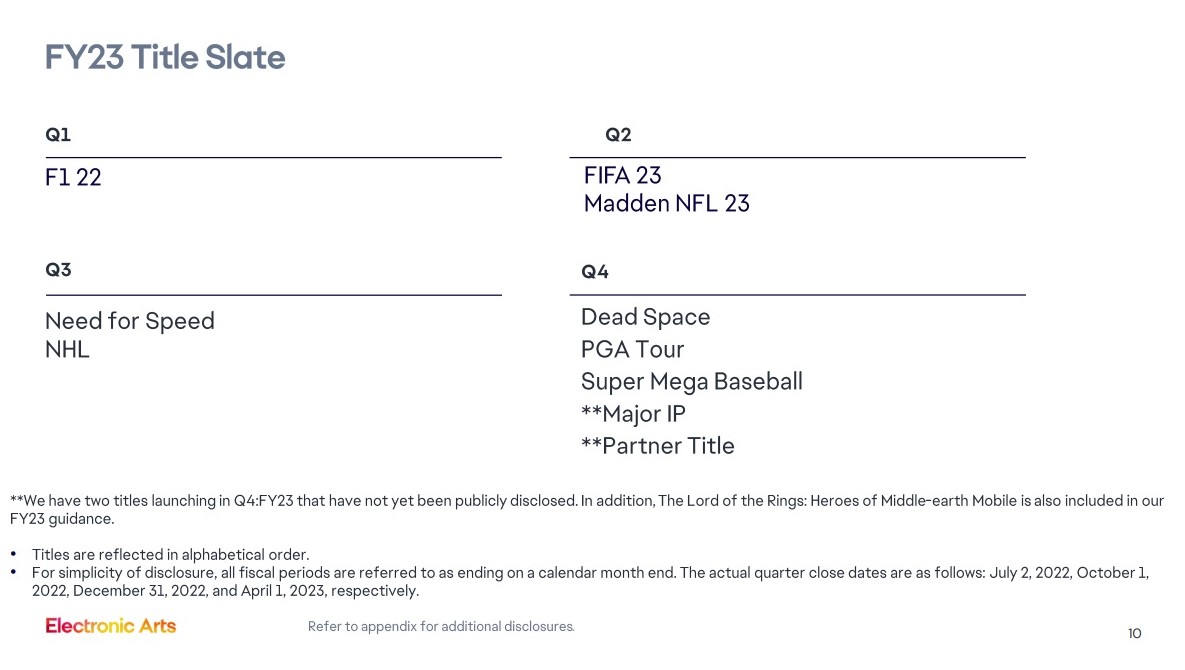