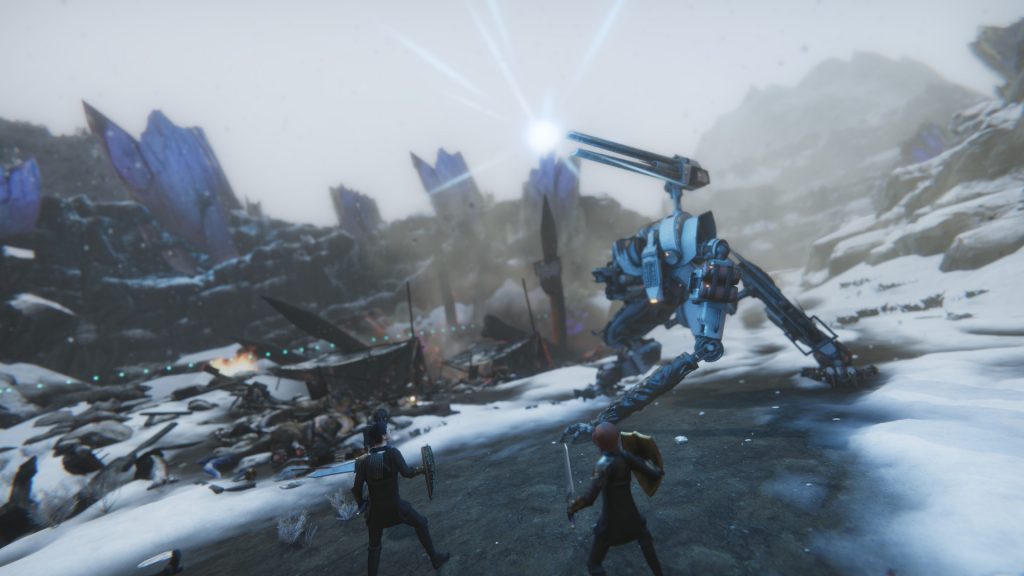 Midgar Studio’s Edge of Eternity received a fairly lukewarm reception upon exiting early access in June. Nevertheless, the developer is hard at work on updates with the latest, update 1.1, having recently gone live. Check out the new features and content in the trailer below.

Essentially, four new enemies have been added – the Valnakraai, Ostophagos, Noir Monarch and Stalker – which have been designed in collaboration with backers. New spells in the Daryon, Fallon and Ysoris families have been added and the battle interface show displays elements affected by the weather. Nine new side quests have also been added while fights have been re-balanced to be more challenging.

New flowers have been added to boost the speed of the Nekaroo in the world and various bugs and issues have also been fixed. Check out some of the patch notes below with full notes here. Edge of Eternity is currently available for PC but will be coming to Xbox and PlayStation in Q4 2021 along with more new content. Stay tuned for additional updates in the meantime.