A Farewell to Arms brings a new mode, new tweaks, and much more to the rogue-lite. 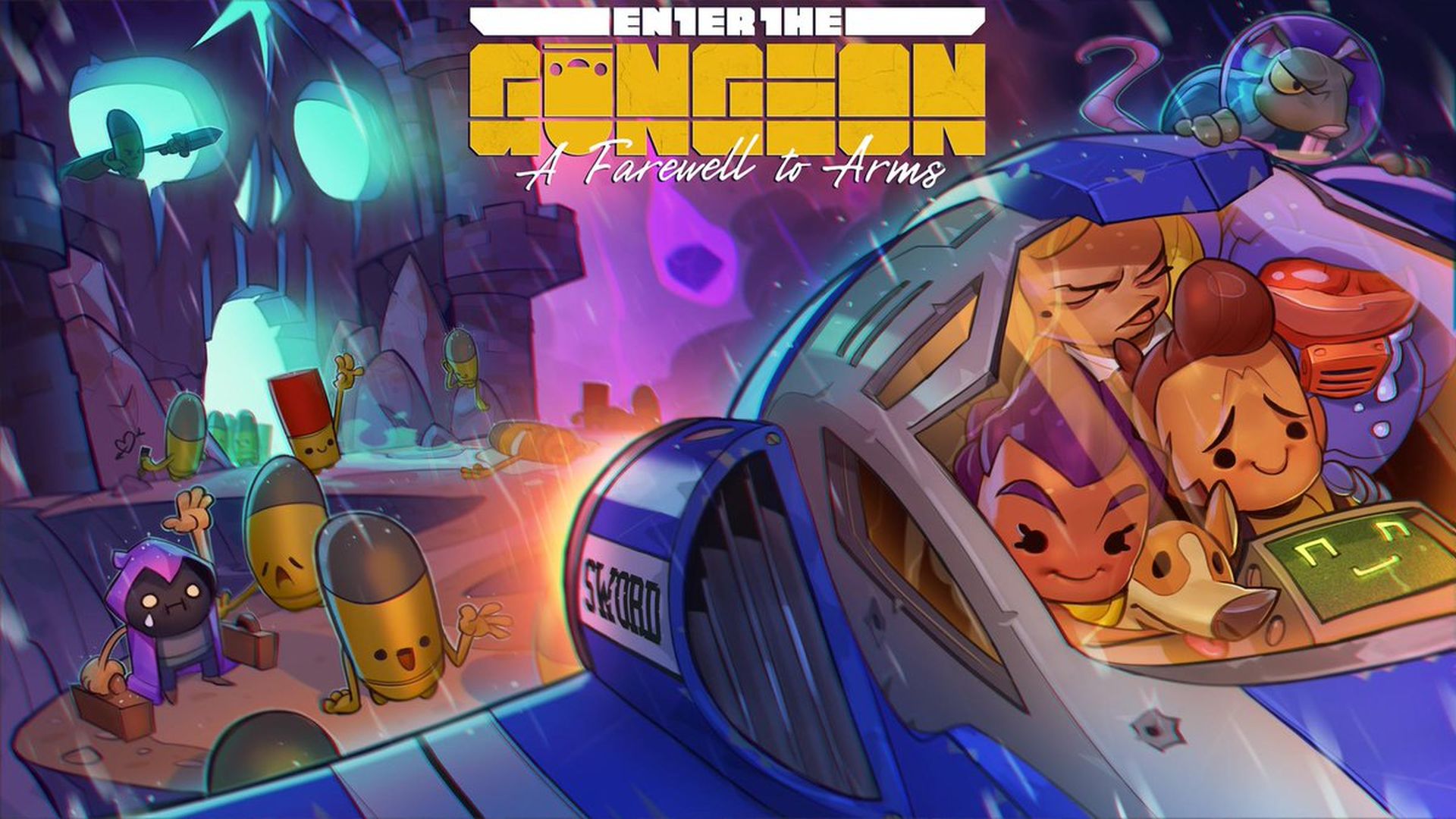 Dodge Roll Games’ final update for its rogue-lite shoot ’em up Enter The Gungeon is now available. A Farewell to Arms can be downloaded for Xbox One, PS4, PC, and Nintendo Switch, bringing a whole swathe of new content. Check out the launch trailer below to see it in action.

Along with two new Gungeoneers to play as – The Paradox and The Gunslinger – players will also have “dozens” of new guns and items. A new secret floor with a new boss also awaits. Also, the new Rainbow Mode, inspired by community feedback, is also live. There’s also the benefit of new interactions, tweaks, and whatnot.

Though this is the final update, Dodge Roll Games isn’t taking a break. The developer is currently busy working on a brand new title. It was reported to be at an “incredibly, incredibly early stage” when the developer announced it last November. Players can still expect the reactive combat, humour, and challenge that has become associated with Enter The Gungeon. Stay tuned for more details in the coming months.