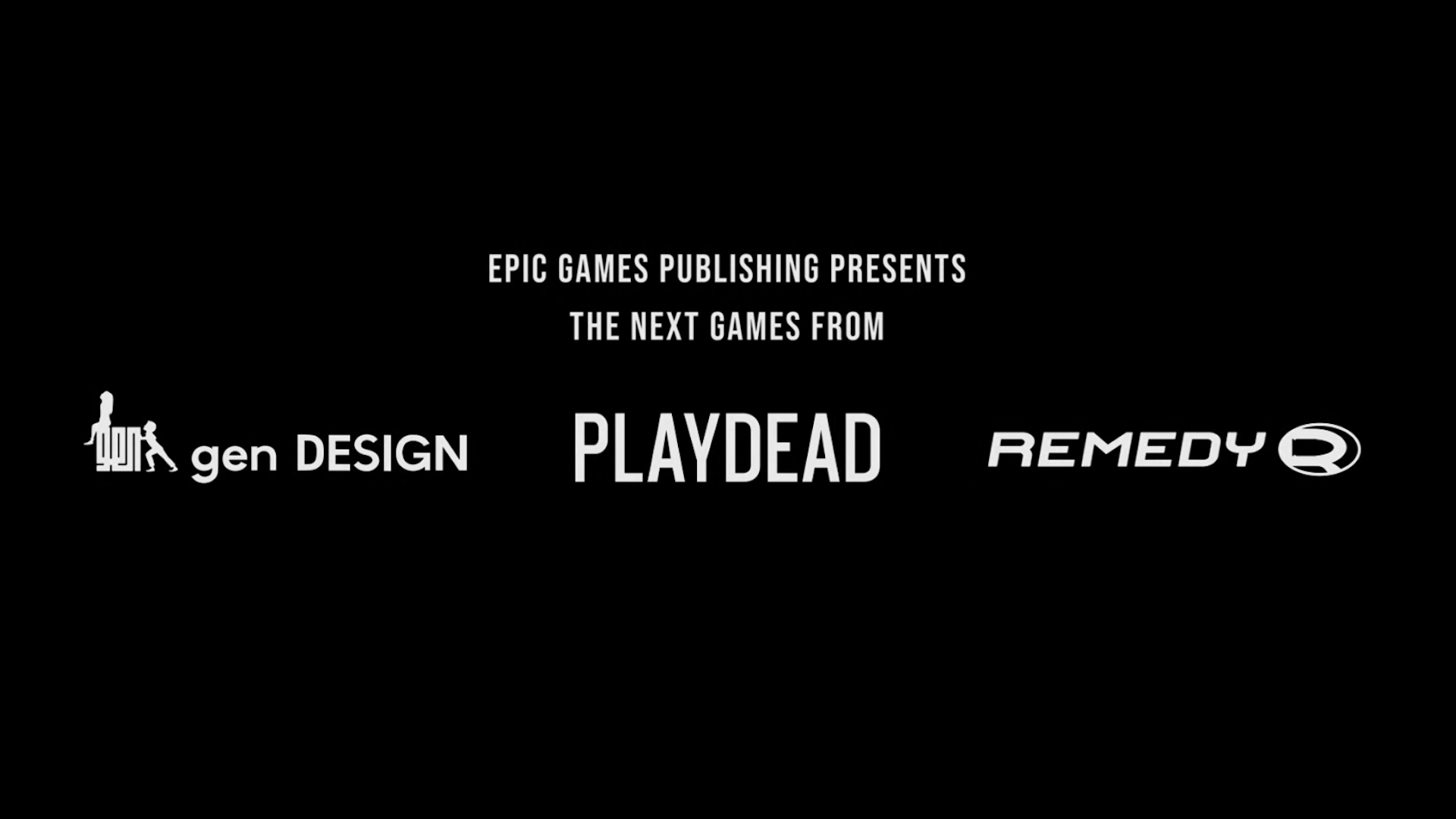 Epic Games have announced a new initiative via their Epic Games Publishing Label that will be focusing on a “developer-first approach” as they move ahead with partnerships with three studios from around the world for the development of their next games.

One of these is Remedy Entertainment, who announced earlier today that they had entered into an agreement for two unannounced next-gen games that would be set in the same universe, one of which – which is already in pre-production (and could be the live service game they’ve mentioned earlier) and will be a AAA production.

The other two developers are Playdead (the developers of Limbo and Inside), and Japanese studio genDesign, led up by former Sony man and director of Shadow of the Colossus (among others), Fumito Ueda. Ueda’s genDesign was also involved in the development of The Last Guardian, and have been working on what is described as a very ambitious game over the last couple of years- and were looking for a publisher for their title less than a year ago.

“We’re building the publishing model we always wanted for ourselves when we worked with publishers,” said Epic Games CEO Tim Sweeney.

“gen DESIGN, Remedy, and Playdead are among the most innovative and talented studios in the industry, with strong visions for their next games,” said Hector Sanchez, head of Epic Games Publishing. “They will have full creative control, while Epic will provide a solid foundation of project funding and services”

The deal struck between Epic and the three parties seems like one that the studios in question must be quite happy with. As Remedy confirmed during their aforementioned announcement for earlier today, each of these three studios will receive complete funding for the development of their projects, and will be splitting the net revenues accrued from their titles with a 50/50 split. Finally, each studio will also retain full creative control and will have complete ownership of their IP.