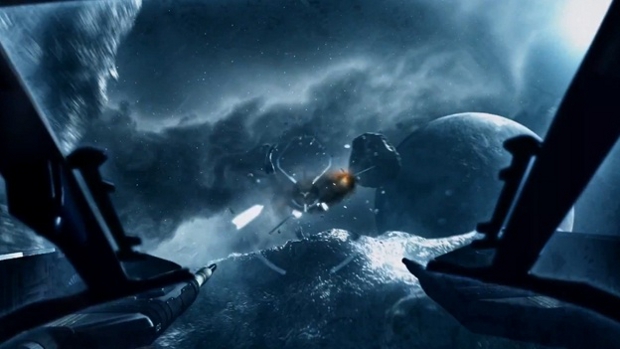 CCP Games’ EVE: Valkyrie, which forgoes the RPG mechanics of the MMO for some dogfighting action, will now be exclusive to the upcoming Oculus Rift VR headset. Oculus VR announced the decision today and revealed that they would be co-publishing the game. EVE: Valkyrie will now be one of the launch titles for Rift.

Oculus VR described it as “one of the first AAA games designed exclusively for the Rift” and “hands-down one of our favourite Rift games.”

CCP’s Robert Clarke and Sigurður Gunnarsson stated that, “We strongly believe the best VR experiences are going to be the ones built from the ground up for VR, and we’ve kept that in mind whilst developing Valkyrie.

“We wanted people to really feel like they were there – to sense the vastness of space, feel the confined area of the cockpit and get that adrenaline rush as you see an exploding fighter whizz past your head.”