Even With the PS5 and Xbox Series X, Photorealism Will Still Be a Pipe Dream

A month ago, both Sony and Microsoft revealed the first-ever gameplay footage for their respective ninth-gen platforms. Both Godfall on the PlayStation 5 and Senua’s Saga: Hellblade 2 on the Xbox Series X showcased visual effects and a level of detail simply not possible on current-generation hardware.

However, one key takeaway from both presentation was this: We’re still a good distance away from true photorealism in games. Visuals are becoming sophisticated every year. And the ninth-gen, with its major CPU and GPU upgrades, is expected to deliver a greater leap in visual fidelity than eighth-gen consoles offered over their seventh-gen counterparts. However, photorealism is still years – and console generations – away.

What Exactly is Photorealism?

Before console expectations for photorealism, It’s a good idea to explore the term first and what it entails. To put it simply, photorealism refers to imagery that, to the human eye, is indistinguishable from real life. Photorealism doesn’t just apply to computer graphics. It’s a visual style that has its origins in Rennaisance-era painting.

Artists in 16th and 17th century Europe realised that the way we perceive the world—and reality—has a lot to do with the interaction between light and the objects around us. This understanding, when applied to art, transformed painting from a highly stylised, symbol-laden medium to a way of accurately representing real life. Prior to the invention of photography, photorealistic paintings offered people the best possible simulation of real life in ink. Even to modern eyes, a number of Renaissance and early-modern paintings look strikingly life-like, and in sharp contrast to stylised modes of painting.

When it comes to video games, it makes sense to look at photorealism in a similar vein: it is one possible art style that the design team can implement. When it comes to photorealistic rendering, emphasis is placed on making the scene look as true to life as possible, even at the expense of aesthetics. In video games, photorealism is a constant work in progress. Unlike non-real time media—from painting to pre-rendered video—video games have to be rendered in real time on limited local hardware. This imposes hard limits on what’s possible in terms of photorealism: on any given hardware platform, the most limited games often deliver the best possible visuals. Look at some of PS4’s visual highlights- The Order: 1886 and Naughty Dog’s franchises. While these titles certainly look they’re limited in scale and function, since more resources are budgeted for the visuals.

To reiterate, on any given piece of hardware—and this includes the PS5 and Xbox Series X—photorealism is a possible art style developers can use: just because the processing power is there doesn’t mean we’ll stop seeing stylised titles. And secondly, so long as hardware is local and limited (regardless of how powerful it is), developers will have to make a trade-off between game complexity and visual fidelity.

Are the PlayStation 5 and Xbox Series X Powerful Enough to Deliver Photorealistic Experiences?

The answer to this is both yes and no, and it again goes back to the question of scale in games. Strictly speaking, photorealism in games has been a reality since the 1980s and FMV action titles. These games were photorealistic in the truest sense—they used actual video footage. In today’s scenario, titles like Her Story leverage this approach to delivering immersive visuals, even on platforms like mobile with limited hardware capabilities. But, of course, when it comes to game complexity, FMV titles are extremely simple and offer very limited interactivity. Across console generations and over time, a number of other genres—from walking simulators to immersive sims to first-person shooters—have pushed the envelope in terms of how much interactivity is possible with high fidelity, real-time visuals.

By the eighth-gen, we reached the point where static photorealistic scenes could be rendered in real-time and deployed in fully interactive—if limited titles. Unsurprisingly, the eighth-gen was a golden era for “walking simulators.” A number of titles, such as Until Dawn, Everybody’s Gone to the Rapture, and The Vanishing of Ethan Carter utilised eighth-gen graphics and processing power to deliver visual experiences that weren’t too far off from real life, at least in static environmental scenes. For example, interior scenes in Everybody’s Gone to the Rapture on the PS4 are hard to distinguish from real life. It is important, though, to note that limited interactivity is the trade-off being made here. Lighting is baked in, the limited number of objects onscreen receive meticulous attention, and rendering power doesn’t have to be diverted to objects in the distance.

It’s a good idea to look at the PlayStation 5 and Xbox Series X’s capacity for photorealistic visuals by looking at the eighth-gen baseline. The Xbox Series X features a GPU that’s likely a little over twice as capable as the one found in the Xbox One X. Meanwhile, CPU performance is improved by at least a factor of 3. The PlayStation 5 offers a similar upgrade over the PlayStation 4 Pro. Effectively, what this mean is that the ninth-gen consoles have four to six times the graphics horsepower needed to power photorealistic experiences (like Everybody’s Gone to the Rapture) at 1080p.

If Xbox Series X and PlayStation 5 developers targeted 1080p displays, we would almost certainly see photorealistic environmental visuals as a standard feature of most ninth-gen games. Polygon counts could be cranked up, and advanced dynamic lighting techniques and ray-tracing could easily be deployed. Unfortunately, developers will most likely have 4K as the default resolution target for the PlayStation 5 and Xbox Series X. Moreover, rumors and advertising strongly indicate that Microsoft and Sony will be encouraging developers to deliver 60 FPS experiences. If 4K 60 FPS becomes a ninth-gen standard, it will impose a hard limit on just how visually complex titles can become in the ninth-gen. This is something that we’ve already seen in the in-game footage for Godfall and Hellblade 2. Both games are a clear step above the eighth-gen visual standard. They even exceed the standard set by CGI titles like Beowulf. 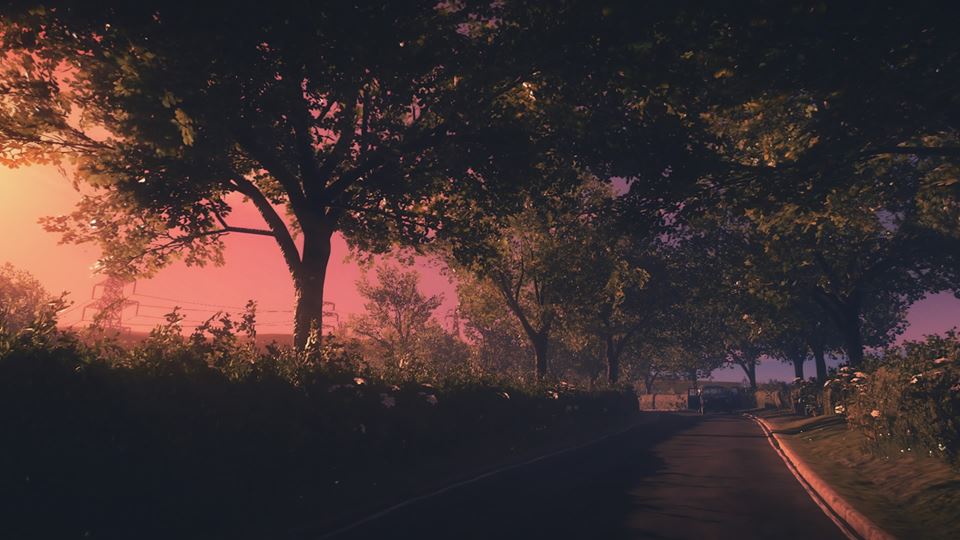 But they most certainly aren’t photorealistic. When rendering at 4K, the Xbox Series X has twice the graphics horsepower available to the Xbox One X. In practice, this means that the Series X can either deliver Xbox One X quality experiences at 4K/60 FPS or enhanced experienced like Hellblade 2 at 4K/30 FPS. The high resolution target severely limits headroom for large-scale, photorealistic experiences: just running games at 4K will hit the Series X’s GPU hard. If rumors are true, the PlayStation 5 features a weaker GPU than the Xbox Series X, and would have even more trouble delivering a marked leap in visuals.

It’s not all bad news, though. The generational improvement to processing power matters a lot: it will likely enable deeper, more complex open worlds to arrive on the PlayStation 5 and Xbox Series X. While visual quality might still fall short of actual photorealism, we expect that the biggest leap to visual fidelity will be in ninth-gen open world titles. Graphics as good as or better than the standard set by The Last of Us Part 2 will be commonplace in deep, open environments that are more complex and more interactive than the worlds of Skyrim and The Witcher 3.

While true photorealism is still a ways away, we think that the PlayStation 5 and Xbox Series X will, if nothing else, offer an important step forwards in this direction. The most marked improvement to visuals will likely be seen in open world titles on these platforms, with developers no longer having to trade off last-gen visual quality for deeper experiences. While higher resolution and frame rate targets limit what’s realistically possible in AAA ninth-gen titles, there’s nothing preventing experimental titles from leveraging the full power of the ninth-gen consoles to deliver limited, truly photorealistic experiences. The ninth-gen’s equivalent to Everybody’s Gone to the Rapture will be impressive indeed, and something to look out for in the years to come.