The star of the show at the recent Ubisoft Forward was obviously Assassin’s Creed. The open world franchise is, of course, Ubisoft’s flagship franchise, and the company recently released a bevy of new details on what the series’ future looks like. A number of new games have been announced that will be launching on multiple platforms over the coming years, and here, that’s what we’ll be talking about, as we go through all the biggest new Assassin’s Creed details that have been unveiled.

Following months of leaks, Ubisoft has now officially confirmed that Assassin’s Creed Mirage is going to be the next game in the series. Launching sometime in 2023 for PS5, Xbox Series X/S, PS4, Xbox One, PC, Stadia, and Amazon Luna, Mirage will star a new protagonist in Basim – who was a vital character in Assassin’s Creed Valhalla – and take place in the year 861 AD, 20 years before the events of Valhalla. Ubisoft describes Mirage as shorter, more narrative-driven game than recent entries in the series- which ties in nicely with our next point. It’s being developed by Ubisoft Bordeaux, the team that made the Wrath of the Druids expansion for Valhalla.

A TRIBUTE TO THE ORIGINAL

With Assassin’s Creed Origins in 2017, the series dropped its older formula and turned into a massive open world action RPG experience, but with Mirage, the pendulum is swinging back. Ubisoft is calling the game a tribute to the original Assassin’s Creed, which, as you might expect, is going to have a major impact on gameplay and how the game is structured. All the leveling up, skill unlocks, loot, and dialogue choices you’ve come to expect are gone. Instead of being an RPG, Assassin’s Creed Mirage is going to be purely an action-adventure game, like the original games in the series. 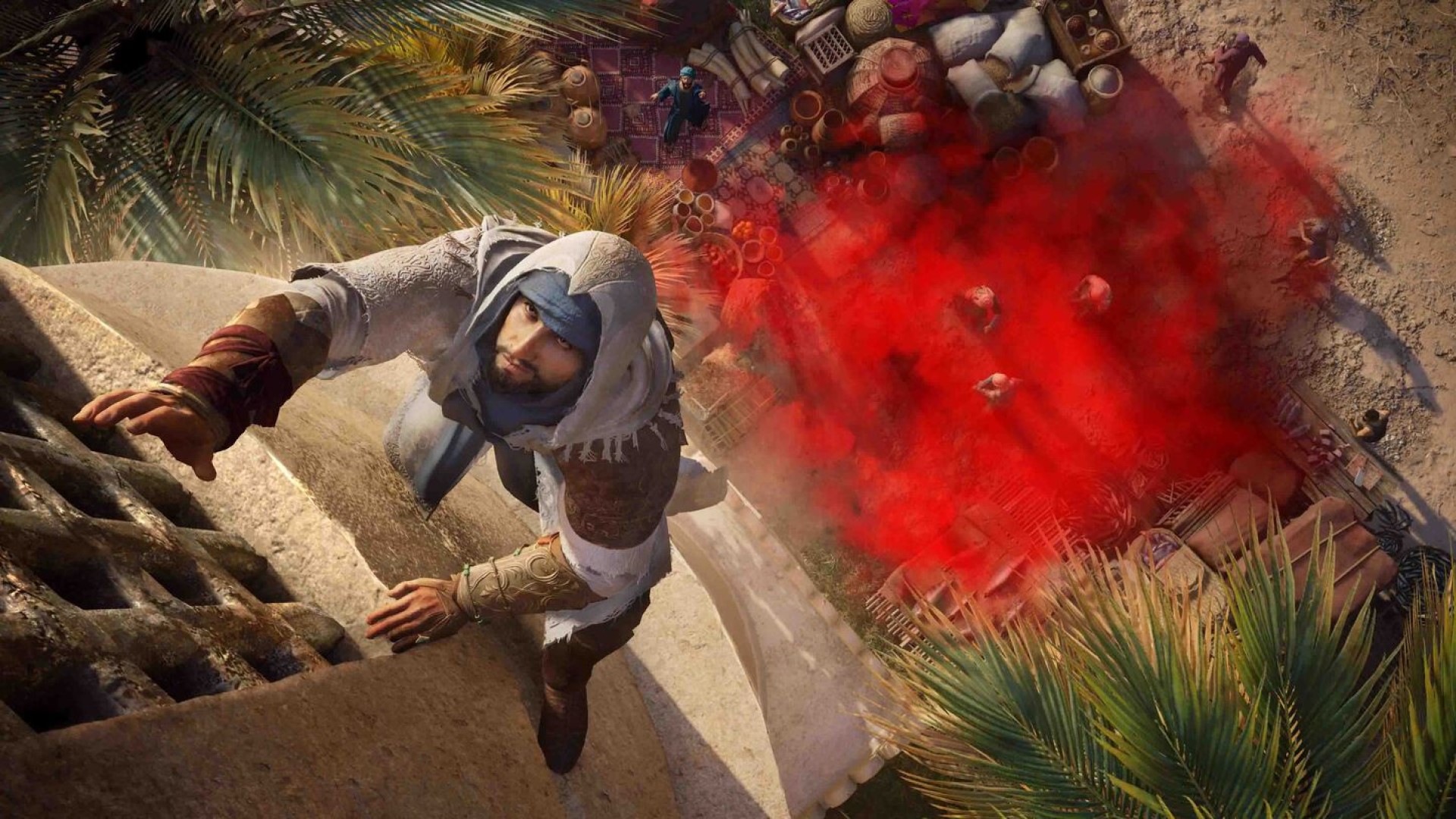 With Mirage dropping the RPG framework of its immediate predecessors, the gameplay is going to revert to being much more focused on stealth and parkour, like older Assassin’s Creed games. Set in a large-scale urban environment (more on that in a bit), the game will bring back the series’ former focus on parkour, which means we can probably expect more interactions with the environment, more precise parkour mechanics, and more dynamic animations. Meanwhile, stealth is also going to be more greatly emphasized, with Ubisoft promising “the largest assortment of tools” in an Assassin’s Creed game to date, on top of visceral and quick assassinations. Players will also have access to Basim’s eagle, Enkidu, to take to the skies, survey areas, and tag enemies.

While Assassin’s Creed Origins, Odyssey, and Valhalla were massive open world games spanning entire empires and vast stretches of land and water, Mirage is going back to the city-focused urban setting that the series was once known for. The game is set in Baghdad, which will be divided into four distinct districts, from the industrial Karkh to the lush gardens of the Round City. It also seems like Ubisoft is placing quite a bit of emphasis on making the city immersive and reactive. The game’s website says NPCs in the open world will react to your every move and that players will also “discover surprising world events”. Meanwhile, it also seems like Hidden Ones’ bureaus will also be scattered throughout Baghdad, where you’ll be able to pick up contracts and find clues to help track down and assassinate your targets.

Interestingly, Ubisoft has also confirmed that Alamut, the fortress of the Hidden Ones, will be featured as a location in the game as well. Our guess is that it’ll play a similar role to the Assassins’ fortress in Masyaf in the original Assassin’s Creed. 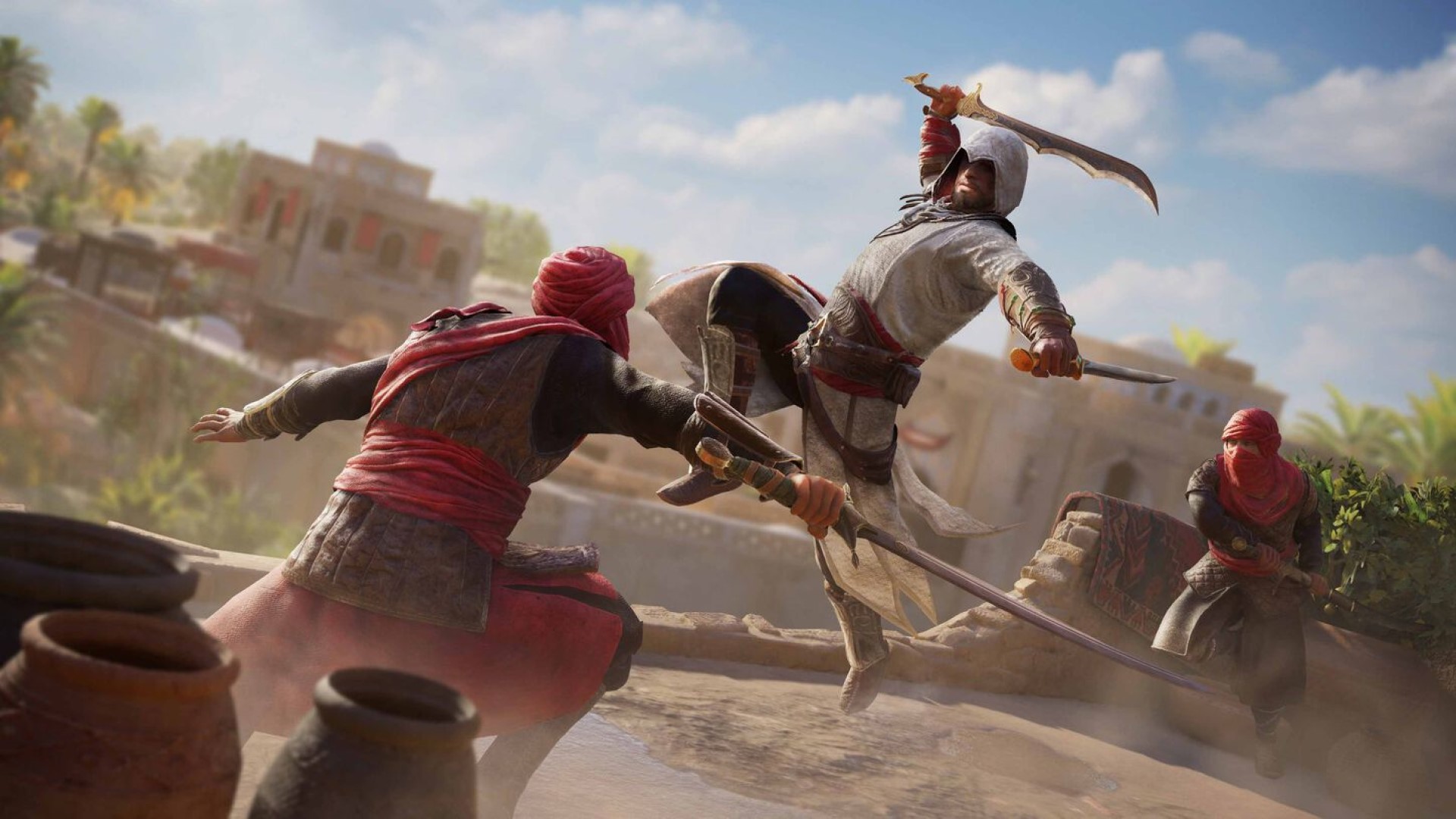 Basim is starring as Assassin’s Creed Mirage’s protagonist, but he’s not going to be the man you remember from Valhalla. When the game kicks off, Basim will be 17 years old. Living life as a street thief and tortured by nightmarish visions, he is discovered and taken in by the Hidden Ones order, who take him to the aforementioned Alamut and teach him their ways. In addition to Basim, another key character will be Roshan, a master assassin who takes him on as her apprentice. Interestingly enough, she is being voiced by Shohreh Aghdashloo, who’s best known for her role in The Expanse. Meanwhile, as is the case with pretty much all Assassin’s Creed games, you can also expect to meet several historical figures in the game.

Assassin’s Creed Mirage is going to be the series’ next entry, but Ubisoft has also revealed what comes next. Assassin’s Creed Infinity was confirmed to be in the works a while back, and it’s now been revealed as an ongoing live service platform (which, of course, was mentioned in more than a few leaks). Infinity will be a hub under which future Assassin’s Creed games and experiences will fall. A couple of those have also been unveiled- so let’s move on to those.

The first game that’ll release under Assassin’s Creed Infinity’s umbrella is Codename Red. That obviously isn’t going to be its final name, but that’s all Ubisoft has given us for now. Codename Red will be set in feudal Japan, which, of course, has been one of the most heavily requested settings for an Assassin’s Creed game for a long, long time. Being developed by the Assassin’s Creed Odyssey team at Ubisoft Quebec, with Jonathan Dumont serving as creative director, Codename Red will go back to being an open world RPG and will see you playing as a shinobi. As for when it will launch, it’s been suggested in an interview with VGC that it might not be out until 2025. That means Assassin’s Creed is probably going to take the year off in 2024- unless we get expansions for Mirage, which hasn’t been confirmed, but given the series’ history, is likely to happen. 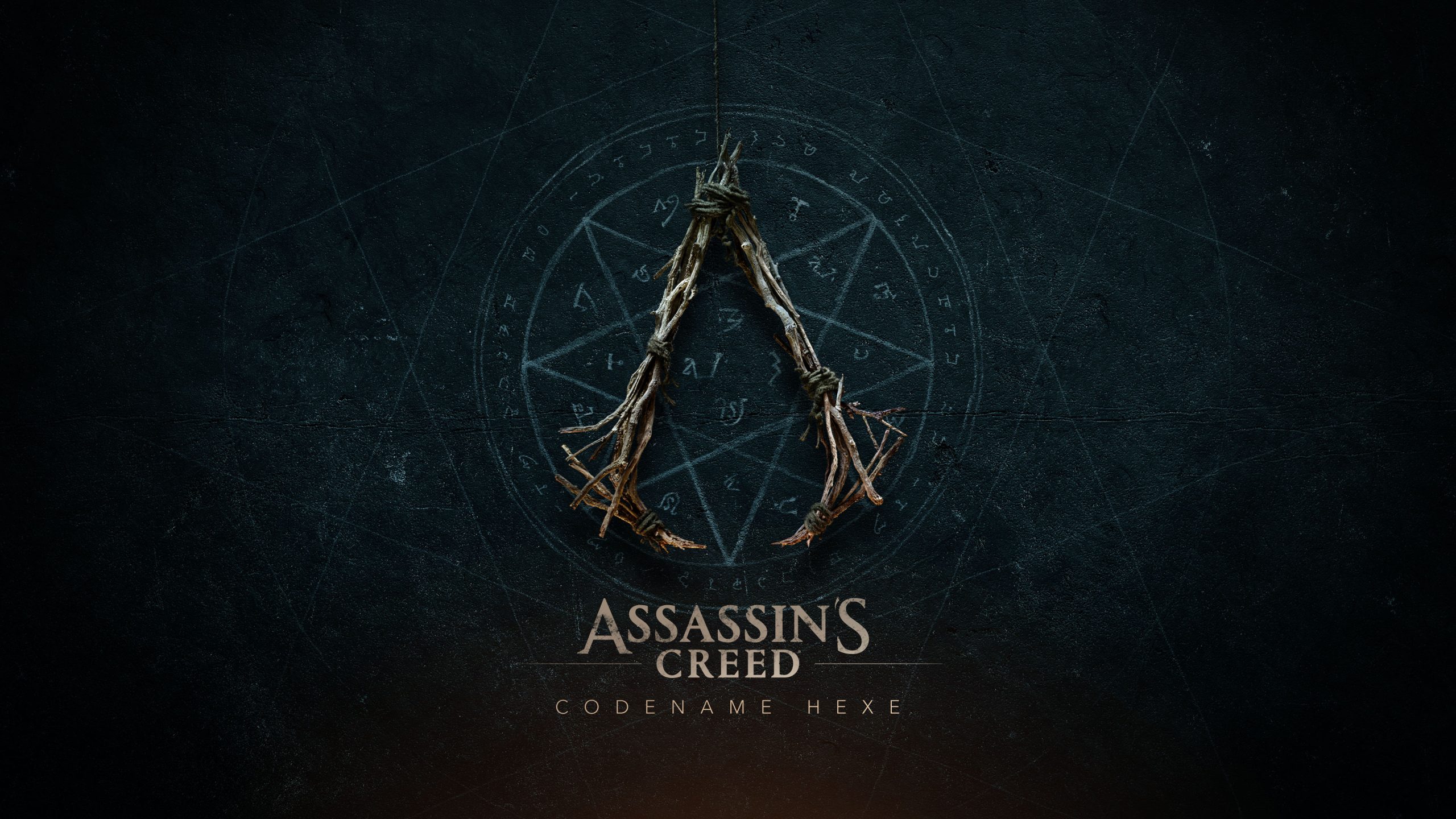 After Codename Red, the next Assassin’s Creed game to be added to Infinity is going to be Codename Hexe– and this one sounds really interesting. Official details on the game are almost non-existent so far, but leaks have claimed that the game will be set in Central Europe in the 16th century, with a focus on witch trials and hunts. That’s not been officially confirmed, but it certainly seems to align with dark, creepy, occult vibes of the game’s brief teaser trailer.

Codename Hexe is being developed by the Assassin’s Creed Valhalla team at Ubisoft Montreal, with Clint Hocking (the director of Far Cry 2 and Watch Dogs Legion) serving as creative director. Interestingly, Ubisoft’s Marc-Alexis Côté, vice president executive producer of Assassin’s Creed, has confirmed to IGN that unlike Codename Red, Hexe is not going to be an RPG. What genre it’ll fall into remains to be seen, but it seems like Ubisoft intends to use the Infinity framework to try and deliver more unique and experimental Assassin’s Creed experiences going forward.

PvP multiplayer was a surprisingly popular part of the Assassin’s Creed franchise for a while, but the last few years have seen the series returning to its purely single player roots. With Infinity, however, with Ubisoft looking to deliver many different kinds of Assassin’s Creed experiences, it seems like multiplayer is returning as well. The company has confirmed that it is also working on a standalone multiplayer Assassin’s Creed game that’ll join the Infinity umbrella at some point. 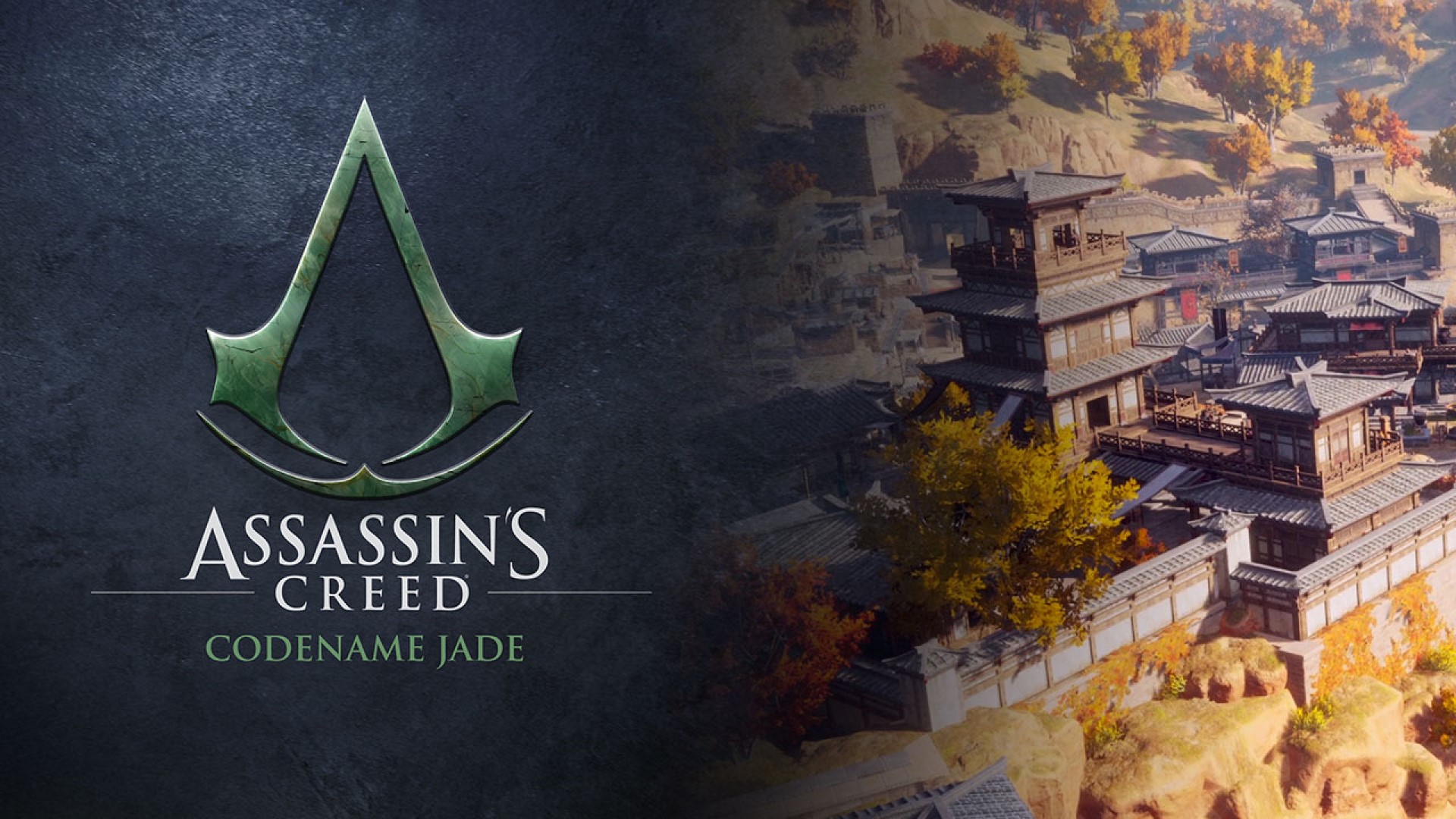 Assassin’s Creed Mirage, Infinity, and all the games that will release under it are, of course, the biggest pieces of the puzzle when you’re looking at the future of the franchise, but Ubisoft has a few interesting side projects in the works as well. One of those is Assassin’s Creed Codename Jade, a fully open world free-to-play action-adventure RPG in development for iOS and Android. Ubisoft says the game will feature “classic” Assassin’s Creed gameplay that has been built around touch screen controls. The game will be set in the year 215 BCE in Ancient China, and will allow players to create their own assassin. There’s no word on who Codename Jade’s developer is, but reports suggest Ubisoft has partnered with Tencent for this one.

Interestingly, it’s also been confirmed that Ubisoft and Netflix are working together on another, different mobile Assassin’s Creed game for Netflix’s gaming platform. 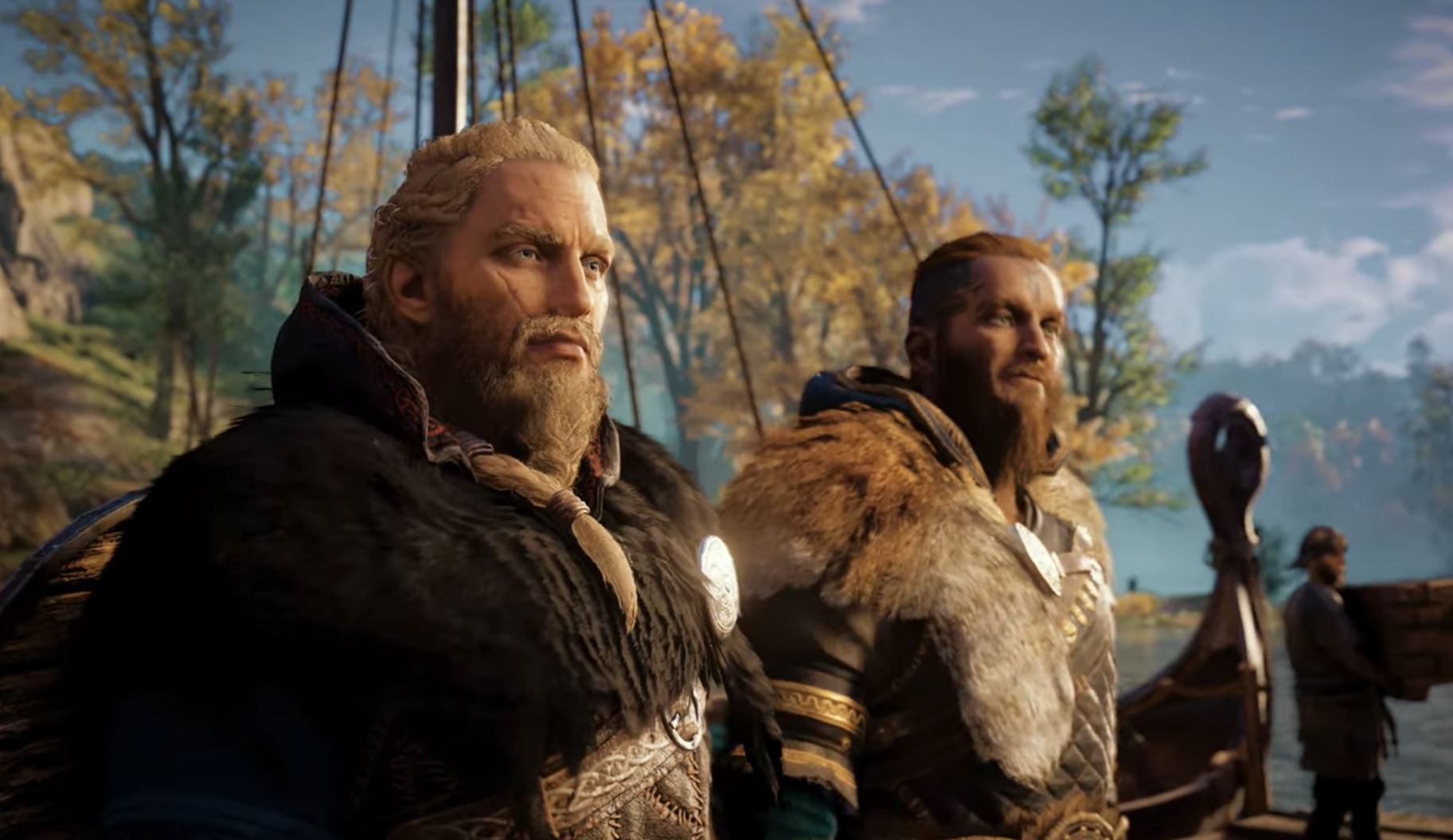 With Assassin’s Creed Mirage launching in 2023, post-launch support for Assassin’s Creed Valhalla is going to come to an end soon. In the nearly two years since open world action RPG came out, it has received multiple large-scale expansions, new modes, free content drops, seasonal updates, major patches, and much more, and later this year, Ubisoft will wrap it all up with The Last Chapter, which will be a free quest arc that will conclude Eivor’s story and tie up lingering lose ends and unresolved plot threads.