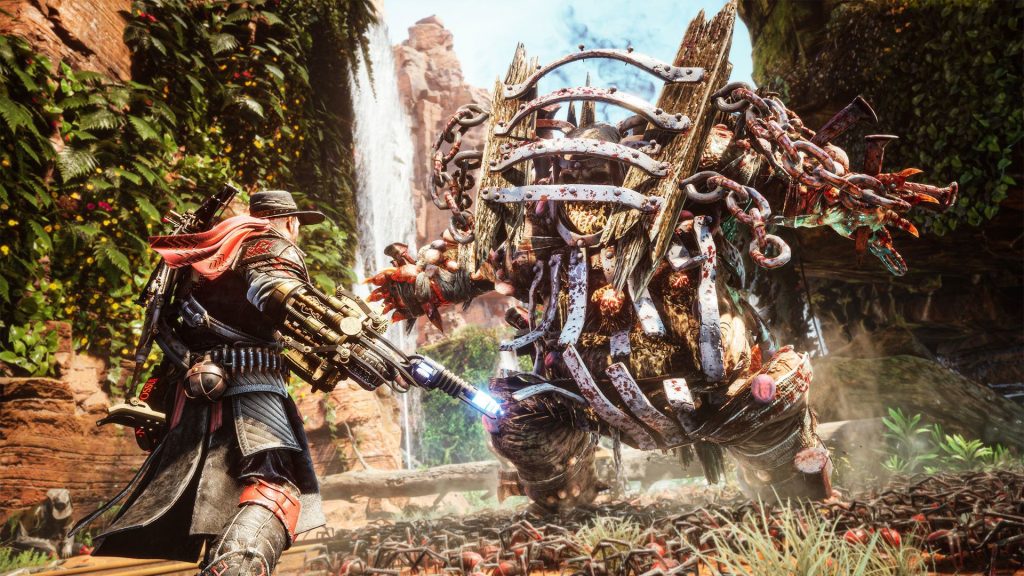 Flying Wild Hog has released a new trailer for its third-person action title Evil West, focusing on the online co-op. Lead producer Tomasz Gop revealed that both characters would play Jesse Rentier, the protagonist. However, storyline progress is tied to the host player, and encounters will be tougher and have slightly different enemy compositions. Check it out below.

The entire campaign is playable in co-op, though, and quite a lot of chaos can happen. Each player can utilize different complementing builds to slay enemies. Of course, uppercutting a monster and having your partner keep it suspended in the air with gunfire is also pretty great.

Evil West is out on November 22nd for Xbox Series X/S, Xbox One, PS4, PS5, and PC. Check out the overview trailer here to learn more about the exploration, story, and various weapons on offer. You can also read our feature here for even more details. Stay tuned for further updates in the meantime.