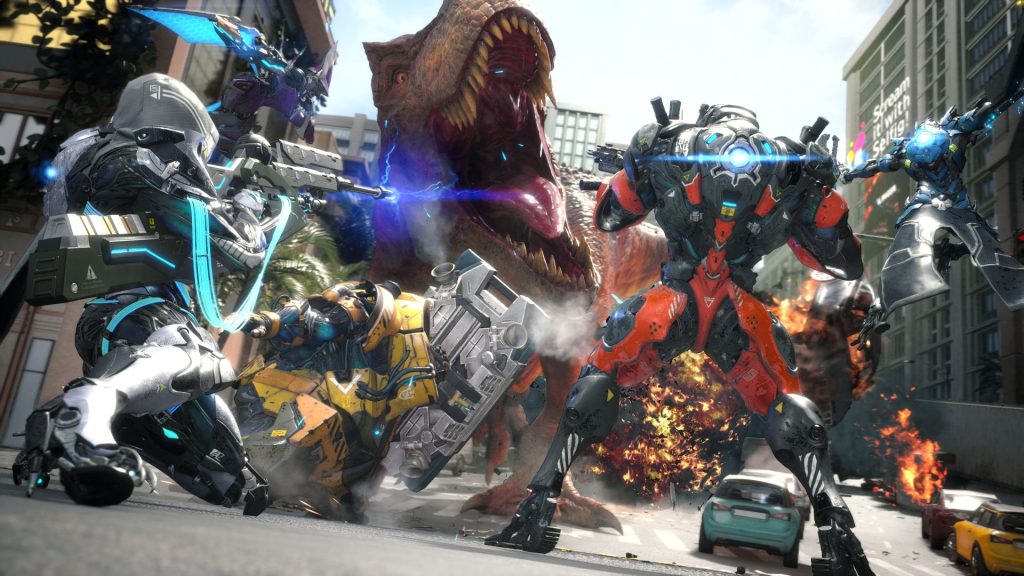 After providing more details on Leviathan and the various objectives in Dino Survival, Capcom has released an extended gameplay preview for Exoprimal. It showcases a typical match where two teams of five players compete to complete the most objectives. Check it out below.

In 60 FPS, the action looks pretty visceral and responsive, whether you’re exploding hordes as an Assault Class or using a Tank to draw aggro and push them back. The Support class heals allies and can even shock dinosaurs, weakening and slowing them for kills. Special dinosaurs like exploding Raptors and sniping Raptors can also spawn and make things harder for your team.

Along with switching out Exosuits, which can be done between objectives, players can also change their held items. They can also throw down barricades, which become useful in stemming a horde of Super Raptors (or funneling them into your tank). Exoprimal is currently slated for next year on Xbox Series X/S, Xbox One, PS4, PS5, and PC. It won’t be free-to-play and a network test is scheduled for the coming months so stay tuned for more details.