EA and Codemasters offer an early glimpse at F1 22 gameplay, showing off its new Miami Grand Prix circuit and its ins and outs. 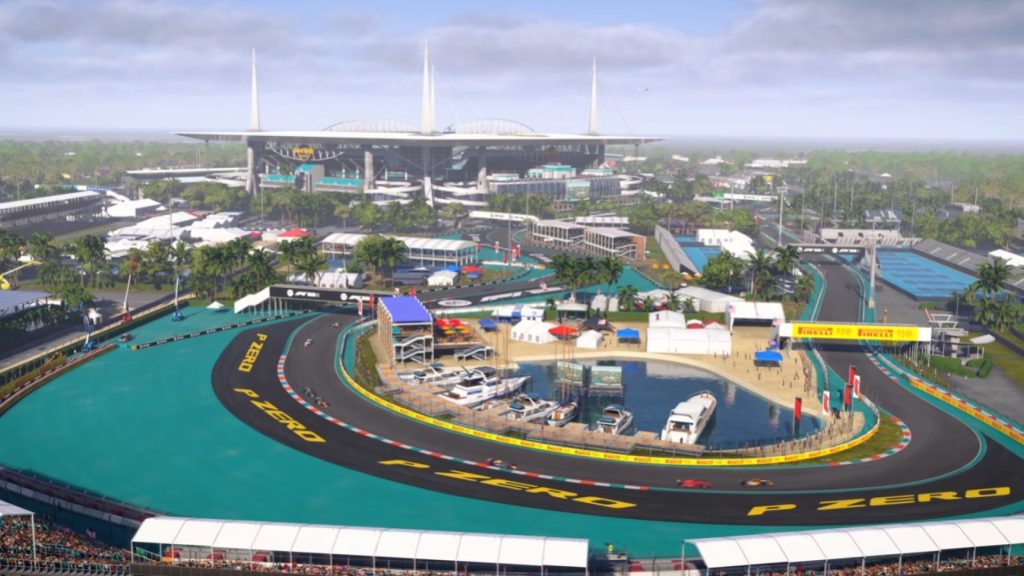 EA and Codemasters officially unveiled F1 22 a couple of weeks ago, but while plenty of interesting details have been shared on some of the game’s headlining additions and features – from its virtual reality support to the new F1 Life mode to the introduction of supercars and more – gameplay footage from the game has been rather scant up until now.

With its launch drawing closer, however, EA has started the process of pulling back the curtain. A new trailer has been released for F1 22, and this one shows off one of the new circuits that the game will deliver with the Miami Grand Prix- the Miami International Autodrome. The track will feature 19 corners and three DRS zones, while visually, it’s looking quite impressive, if this trailer is anything to go by. Check it out below.

F1 22 launches on July 1 for PS5, Xbox Series X/S, PS4, Xbox One, and PC. PS5 and Xbox Series X/S upgrades are confirmed to be tied to the $80 Champions Edition. Meanwhile, if you plan on playing the game on PC, make sure to check out its system requirements through here.