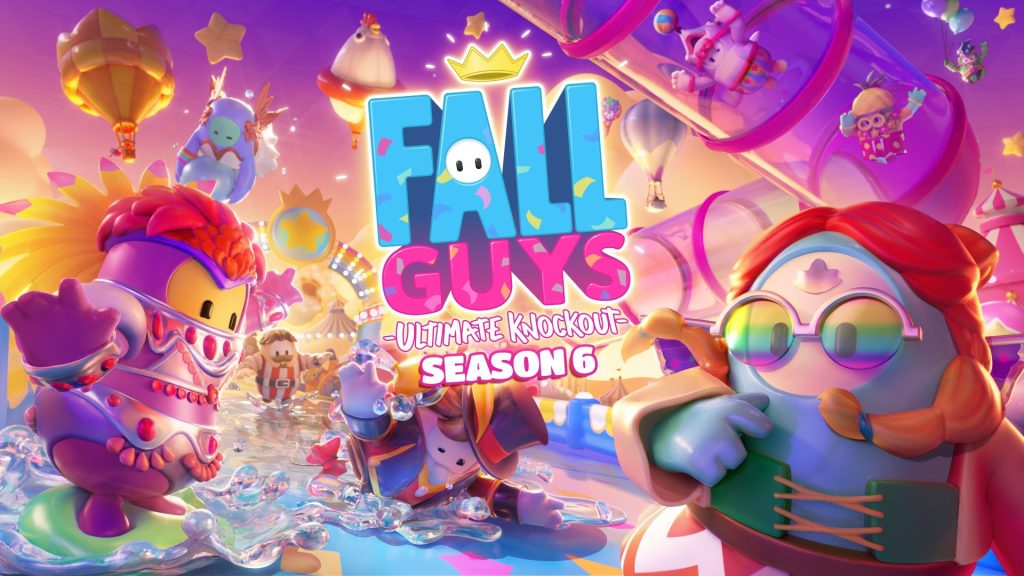 The next season of Mediatonic’s Fall Guys: Ultimate Knockout is just around the corner and it seems the circus is in town. Season 6: Party Spectacular features several new obstacles, a new Fame Path and new limited events for players when it launches on November 30th. Check out the cinematic and gameplay trailers below.

Along with a trapeze that players can hang and jump from, there are new levels and a new mini-game which sees players fighting to get inside of a glowing circle. Giant fans and cannons must be dealt with while wind-tunnels will whisk players away. And if Big Yeetus gave you nightmares, then there appears to be a section where three of them must be bypassed so be prepared.

New cosmetics, wraps and much more await including outfits from Sackboy: A Big Adventure and Ghost of Tsushima. The former is earned by competing in Sackboy’s Challenge from December 1st to 5th and the latter’s outfits are exclusive to the new Fame Path. Fall Guys: Ultimate Knockout is currently available for PS4 and PC with Xbox One, Xbox Series X/S and Nintendo Switch releases coming later this year.

Did you spot these beans at the end of our Season 6 trailer? 👀

Train as Jin, become The Ghost ⚔

✨ The Jin and Ghost skin are exclusive to the Fall Guys Season 6 Fame Path, unlock Jin and progress to unlock the Ghost! ✨