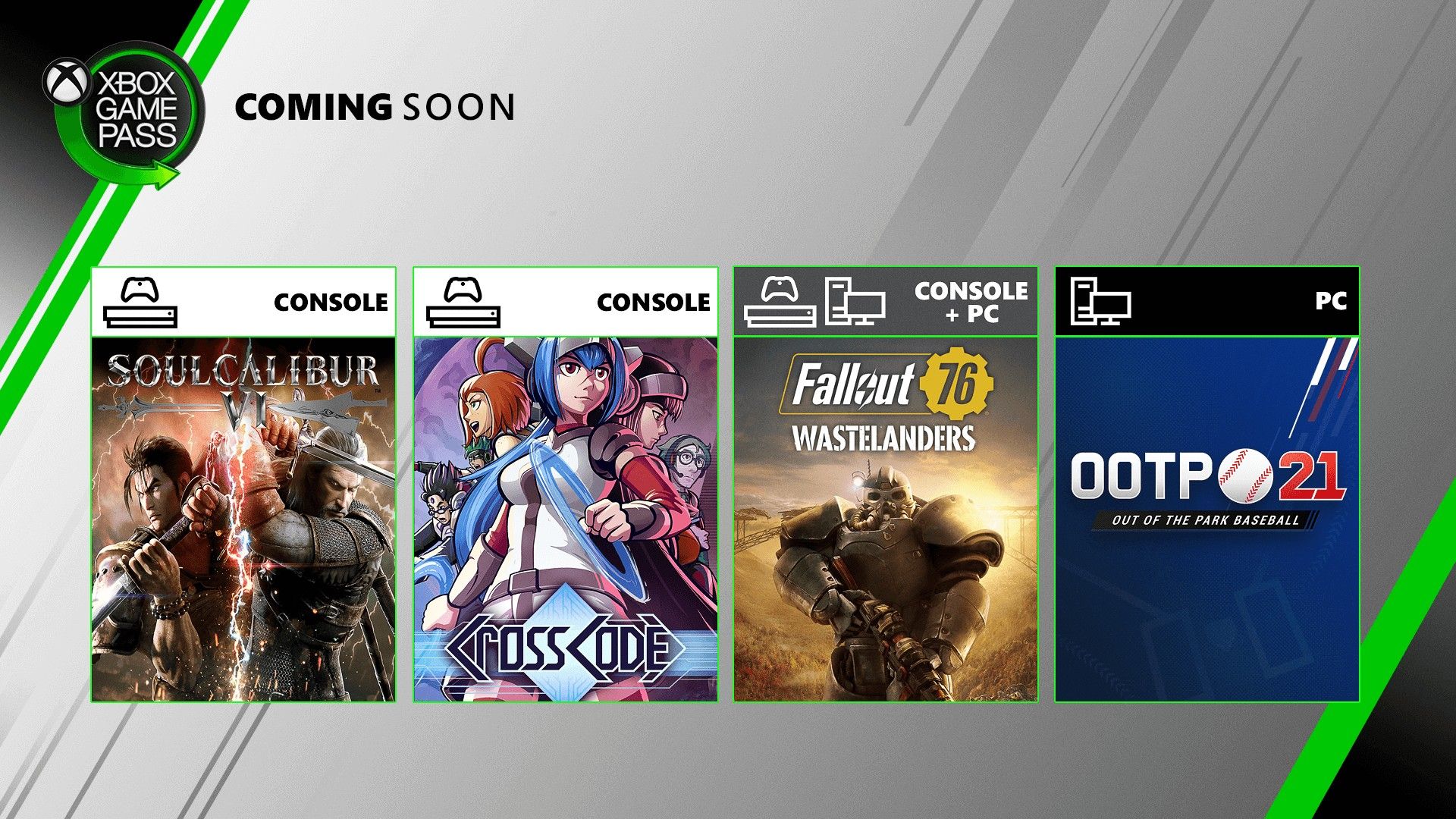 Microsoft has revealed its current slate of titles coming to Xbox Game Pass subscribers in July. Out of the Park Baseball 21 and Soulcalibur 6 are currently available on Xbox Game Pass for PC and console respectively. However, next week will see the addition of Fallout 76 and CrossCode.

Bethesda’s Fallout 76 has easily been the studio’s most controversial release but received numerous improvements through updates and patches. The Wastelanders update in April added human NPCs, reputation systems, factions and more while Season 1: The Legendary Run has begun with its own set of challenges and rewards. The online title will be available for both PC and Xbox One subscribers on July 9th.

Radical Fish Games’ CrossCode will also go live on the same day but for Xbox Game Pass for console subscribers. It takes place in a virtual game called CrossWorlds with its protagonist, Lea, trying to regain her memory. With a deep action RPG combat system, retro-art style and memorable boss fights, it’s well worth getting into (especially since the Xbox One version will have unique content).

Games that will be leaving Xbox Game Pass on July 15th are as follows: