Fallout 76 Guide: Power Armor Locations And How To Join The Enclave And Get The Laser Minigun

Tips for finding some of the series staples in Fallout 76. 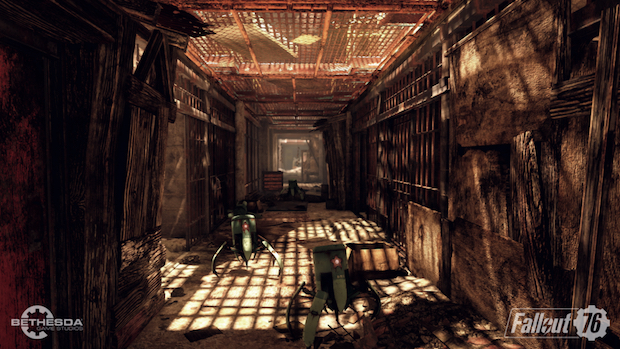 There’s a lot of old Fallout classics that are back in Fallout 76, even though it is a Fallout game unlike any other. One of these is the Enclave, the secretive, evil faction that you can, yes, join yet again. The other is Power Armors, though given this game’s action focus, that should surprise no one. Let’s go through these in this guide.

THE ENCLAVE AND LASE MINIGUN

Go to the Waste Dump, and search for a cave. Finding this cave initiates the Enclave faction quest. Clear the cave, and enter the bunker interior, where you will find puzzles to solve. Doing so gives you the location of the Enclave Vault, which will end up with you getting a Faction Quest. This involves going to Sugar Grove, destroying the Robot Guardian, and getting the tape from the terminal back to the Enclave. Doing this lets you into the faction, where, hey, good news, you can also buy the plans for the Laser Minigun for a whopping 1,000 Bottle Caps. Hope it was worth it!

Before you ask—yes, you want the Power Armor. It protects you from radiation, and also gives you a whole lot of firepower you would otherwise not have. Here’s some known locations for power armor in the game: