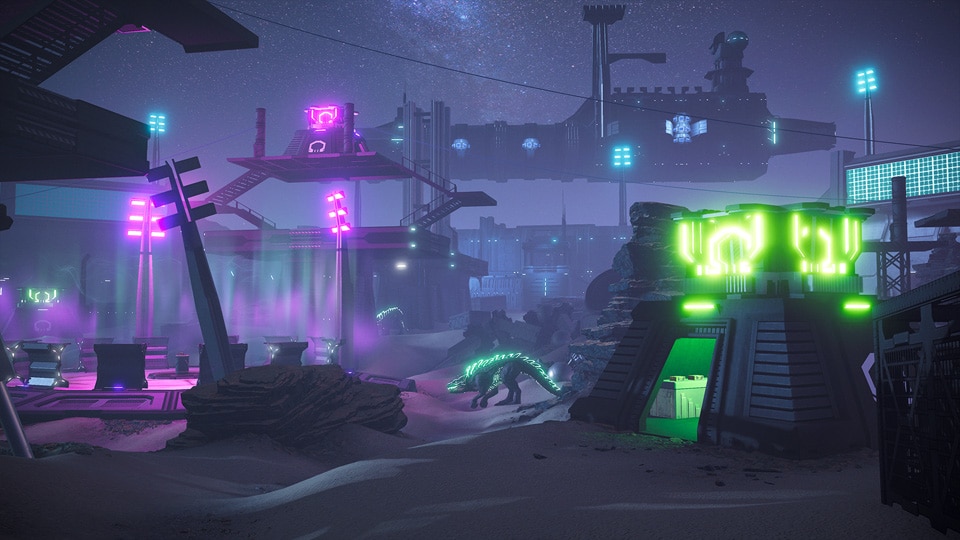 In a rather awesome announcement, Ubisoft has confirmed that assets from Far Cry 3: Blood Dragon – including the titular Blood Dragons and Omega Troopers – are available to toy around with in Far Cry 5’s Arcade mode.

This essentially means that players are free to mess about and create their own maps using these assets. To help showcase what’s possible, two developer-created maps based on Blood Dragon’s aesthetic have also been added into Arcade mode.

The first is The Passage, which also has elements from previously released DLC episodes Lost on Mars, Hours of Darkness, and Dead Living Zombies. Blood Dragon Arena is the second and more straightforward map. It contains only Far Cry 3: Blood Dragon assets.

Far Cry 5 has been out since March 2018 for Xbox One, PS4, and PC. It’s seen a steady stream of updates and DLC since then, though one has to wonder how much more mileage the Arcade mode has. Let us know if you’re still having fun with it in the comments below.