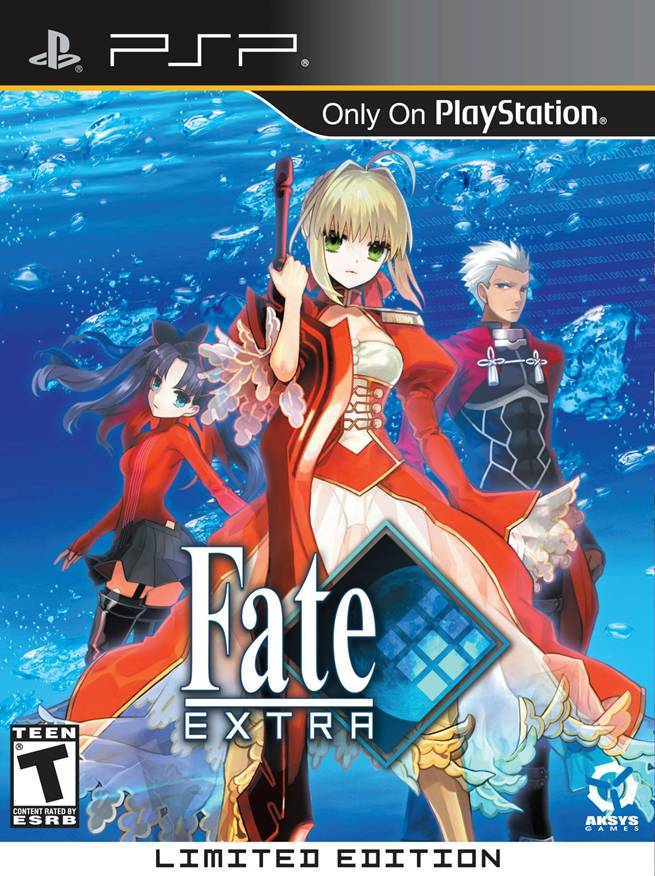 Aksys are beefing up Fate/EXTRA with some of the same sought-after items bundled with the Japanese version such as the special 15-page Fate Visual Works art book and the 11 song Limited Soundtrack. Fate/EXTRA will be released at $39.99 for the Limited Edition, $29.99 for the retail standard edition, and $24.99 for the PlayStation Network download version.

The game will release on 1st November for the PlayStation Portable.