Square Enix has numerous side quests and dungeons coming in the next two months. 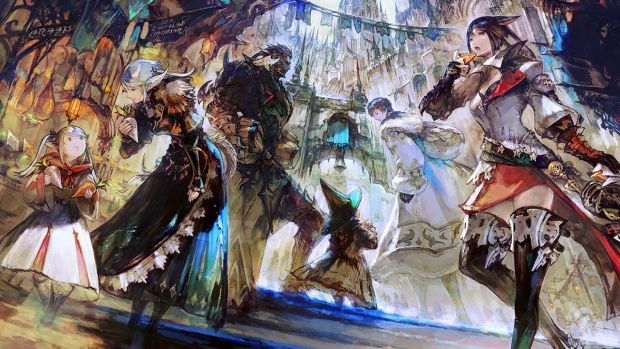 Square Enix’s successful MMORPG Final Fantasy 14: A Realm Reborn is getting even more content in the coming months (aside from the Rathalos boss from its Monster Hunter World collaboration). In the “Letter From the Producer Live” broadcast, producer and director Naoki Yoshida along with global community producer Toshio Murouchi unveiled update 4.4 “Prelude in Violet“. It will be out in mid-September and brings tons of content.

New side quests in the Hildibrand and Four Lords series, Doman Reconstruction quests and two new dungeon instances – The Burn and Saint Mocianne’s Arboretum (Hard) – have been announced. There will also be new trials with Suzaku and Suzaku Extreme along with Omega: Alphascape and its savage variant for raids. New adjustments to jobs, increased role action slots and the Forbidden Land of Eureka’s third part will also be coming. So expect a new region and the Logos system.

Furthermore, players will finally be able to go beyond the rank of 1st Lieutenant in their company of choice. Captain rank will be introduced as well as an update to squads. Housing will receive some new features like mannequins and the Gold Saucer will feature a new GATE. If that weren’t enough, the Eternal Bonding ceremony will receive new types and anniversary ceremonies as well.

Before all of this, Square Enix will launch update 4.36 on August 7th, bringing Final Fantasy 11 rewards and the Pagos Expedition. The Companion App for iOS and Android will also be out by late July or early August.