Final Fantasy 15: This Is How Developers Are Creating 3D Monsters In The Game

The creatures look incredibly lifelike thanks to a work process Square Enix is using. 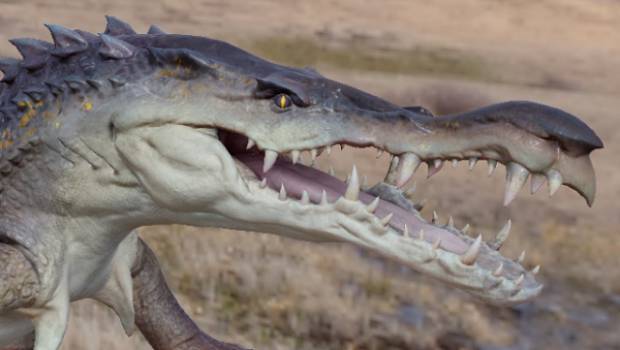 Square Enix has allowed some more information to come out about Final Fantasy 15 and while it’s still not letting us know when the release date it, we do have some more information about how the company actually gets its 3D monsters into the game. Specifically, the company talked on its official blog about how it put a crocodile like monster into the game.

Among the details they let slip, is that it actually takes weeks to get just one monster into the game. In fact, it takes a couple of weeks to render a black and white version of the monster they are going to get into the final version of the game. Before they can add color they need to also make sure the movement of the monster is exactly what they want it to be. The company says that once these fixes and tweaks for movement are finally done and they think they have the creature all sketched out, only then do they add color and shading.

All of this attention to detail in Final Fantasy 15 ends up making creatures that look as though they could crawl right off the screen and into your nightmares. This kind of attention to detail is one that has been copied to other parts of the game as well. The new locations that are going to be included in the game was revealed a few weeks ago and the detail involved in creating those locations was impressive as well. Square Enix is supposed to finally reveal the official release date for Final Fantasy 15 later this month.