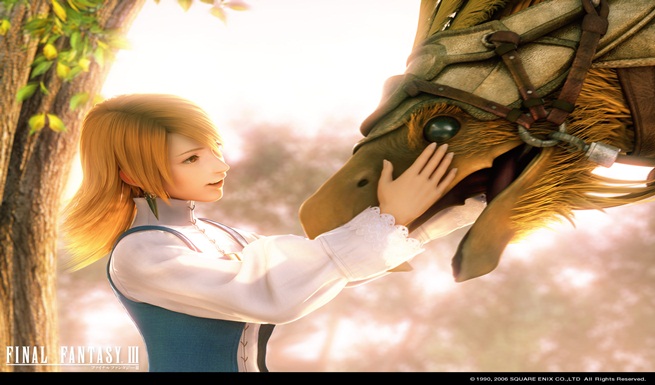 A very unsubtle message on Square Enix’s facebook page has alerted us to the impending release of Final Fantasy 3 for the iPhone sometime in march.

“FINAL FANTASY III for iPhone coming next month!!” Or so the statement reads.

Considering the modern obscurity of the original FF3, this will most likely be a port of the semi-recent Final Fantasy 3 remake on the Nintendo DS but this has yet to be confirmed.