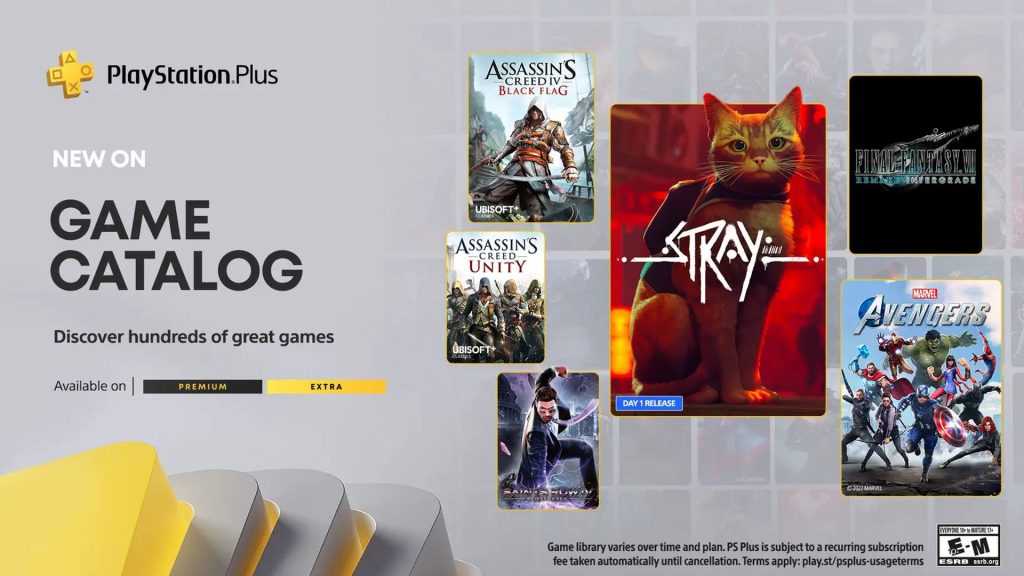 UPDATE: Dino Crisis, Ridge Racer 2, and Soulcalibur: Broken Destiny have been removed from the PlayStation Blog Italy post, indicating that they may have been mentioned in error.

Sony has announced its lineup of titles coming to PlayStation Plus Extra and Premium this month, starting from July 19th. Just as the rumors claimed, Final Fantasy 7 Remake (PS4) and Final Fantasy 7 Remake Intergrade – which includes Episode INTERmission – will be available for subscribers. They’re joined by Marvel’s Avengers and Stray on PS4 and PS5.

The remaining roster includes Ice Age: Scrat’s Nutty Adventure, Jumanji The Video Game, Paw Patrol on a Roll! and ReadySet Heroes on PS4 along with Spirit of the North: Enhanced Edition for PS5. Classic titles include No Heroes Allowed! and LocoRoco Midnight Carnival on PlayStation Portable.

Interestingly, PlayStation Blog Italy notes that Dino Crisis on PS One and Ridge Racer 2 and Soulcalibur: Broken Destiny on PSP will be added to the Classics catalogue as well. It remains to be seen if these will be available for other regions later. Stay tuned for more details in the meantime.